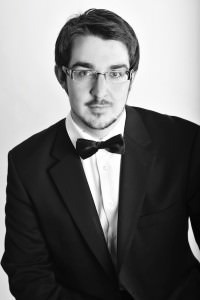 Charles Richard-Hamelin ’13MM won the second prize in the Class A division of the Orchestre Symphonique de Montréal (OSM) Competition. He was also awarded the prize for the best performance of the Canadian work and the Banff Centre for the Arts Prize.

The latter is one of three scholarships covering tuition and accommodation for a three-week session in the Music and Sound Department at the Banff Centre for the Arts, in 2013.

The OSM Competition for piano and percussion was held November 21 to 24, 2012, in Montreal.

Winner of the Prix d’Europe in 2011, Charles Richard-Hamelin is one of today’s most promising Canadian pianists. Originally from Lanaudière in Québec, Charles began studying piano at age five and quickly distinguished himself in various regional, provincial, and national competitions. Recent successes include first prize at the TSO National Piano Competition in 2011 and second prize at the Stepping Stone Competition in 2010. Charles has studied piano with Paul Surdulescu, Richard Raymond, Sara Laimon and is now pursuing a master’s degree with Boris Berman at the Yale School of Music. Charles has also worked in master classes with pianists such as Julian Martin, Robert McDonald, Peter Frankl, Robert Silverman, and Marc Durand. As a soloist, Charles has performed with the chamber orchestra I Musici and the McGill Symphony Orchestra, and later this season he will perform with the Toronto Symphony Orchestra.