Clarinetist Wai Lau '12AD was recently appointed to a position with the Hong Kong Philharmonic. She will play bass clarinet with the orchestra. 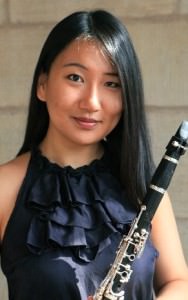 Under the tutelage of James Campbell, Wai received her bachelor's degree with distinction from Indiana University, where she was also awarded the Performer's Certificate for outstanding performance in clarinet. She was named a Schulich Scholar at McGill University, where she received her M.M., studying with Robert Crowley and Alain Desgagné. Wai also holds an Artist Diploma from Yale School of Music, where she studied with David Shifrin. In the past academic year, she served on the faculty at Mount Holyoke College, in addition to actively serving as a Teaching Artist in New Haven under Yale University's Music in Schools Initiative. Most recently Wai was awarded a Graduate Center Fellowship to pursue her DMA studies at the City University of New York beginning in Fall 2013.