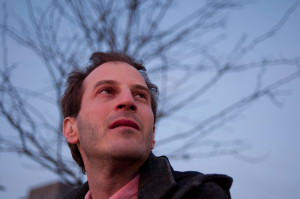 Mizrahi joined the conservatory of music faculty in 2009. His debut album, The Bright Motion on New Amsterdam Records, was released last spring. It was included on both Time Out New York’s and Time Out Chicago’s annual lists of best albums of 2012.

The 10-track disc is a collection of new works for solo piano by some of today’s most innovative composers: William Brittelle, Ryan Brown, Patrick Burke '09DMA, Mark Dancigers '03BA, '05MM, Judd Greenstein '04MM, and John Mayrose. The video of the album’s title track was featured on National Public Radio’s Deceptive Cadence, which hailed it as “a meditation on quietude amidst unceasing movement, a thick-walled cell of solitary contentment in the churn of daily life.”

Mizrahi’s recording portfolio also includes the world premiere of three works for violin and piano by Aaron Copland. He is a founding member of the NOW Ensemble, a chamber group devoted to commissioning and performing new music by emerging composers, and the Moët Trio, a piano trio that recently completed a two-year residency at the New England Conservatory.

“Not only do you play with commanding expertise, you provide a rich context for understanding the pieces you perform by offering verbal explanations of the historical setting for these works and the techniques used to compose them,” said Jill Beck, President Emerita of Lawrence University, in recognizing Mizrahi. “Your performance ability, innovative spirit, and devotion to the beauty of both traditional and contemporary music combine to make you an exceptional artist. You have brought joy and insight to us at Lawrence and to the world beyond.”