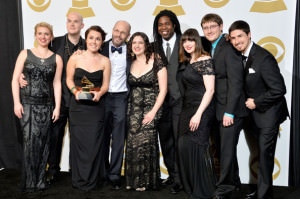 Roomful of Teeth is a vocal ensemble founded and directed by Wells, whose members include alumni Estelí Gomez ’08BA, Caroline Shaw ’07MM, Eric Dudley ’03MM, ’04MMA, ’11DMA, Dashon Burton ’11MM, and Virginia Warnken ’13MM. The group performed at the pre-telecast ceremony; the video is online here, with the ensemble's performance at about 1:09. 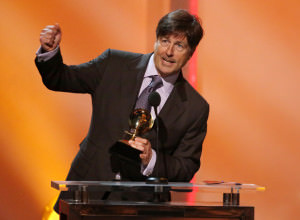 In other genres, The National, whose members include Bryce Dessner ’98BA, ’99MM was nominated for Best Alternative Music Album for their “Trouble Will Find Me.”