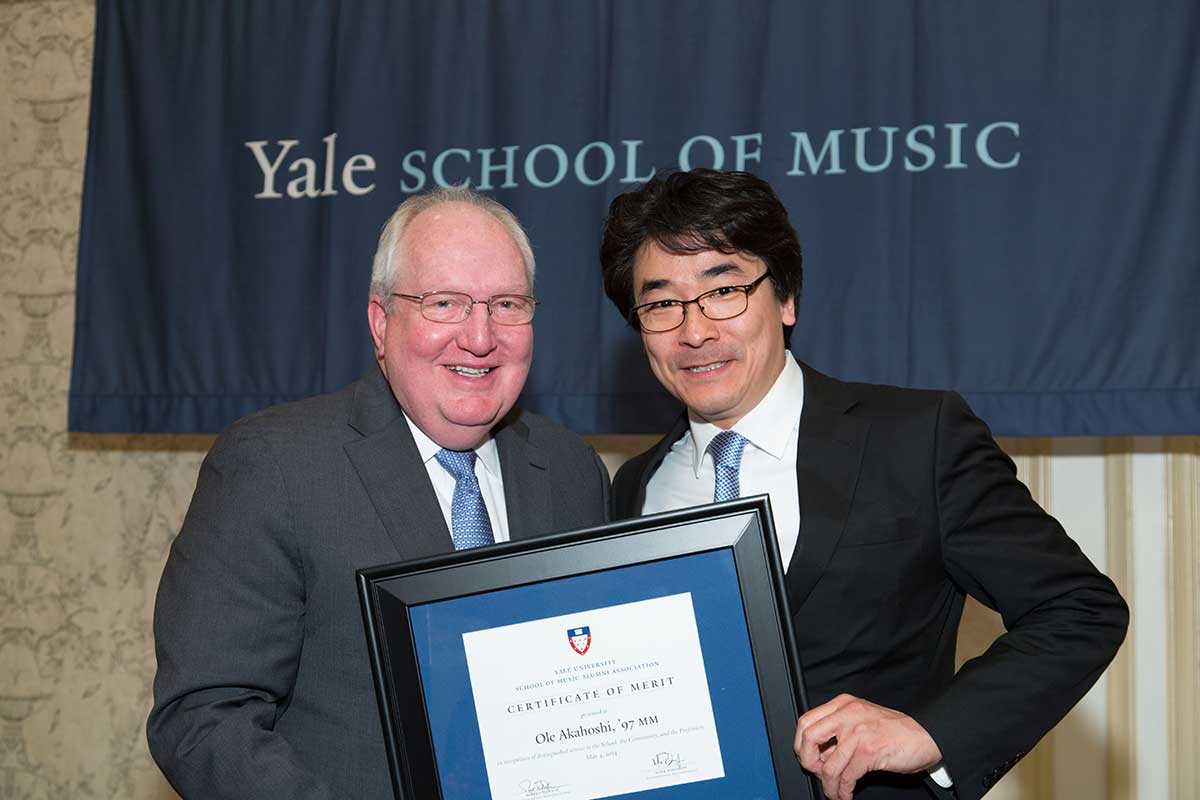 The School of Music held its annual honors dinner on Sunday, May 4. The event offered tributes to distinguished alumni and faculty, and honored outstanding students. The Alumni Certificate of Merit was awarded to cellist Ole Akahoshi, a graduate of the School of Music and a faculty member since 1997. Composer David Lang received the Ian Mininberg Service Award for his contributions to the School of Music—where he received his DMA and then returned as a member of the faculty—and to the profession. 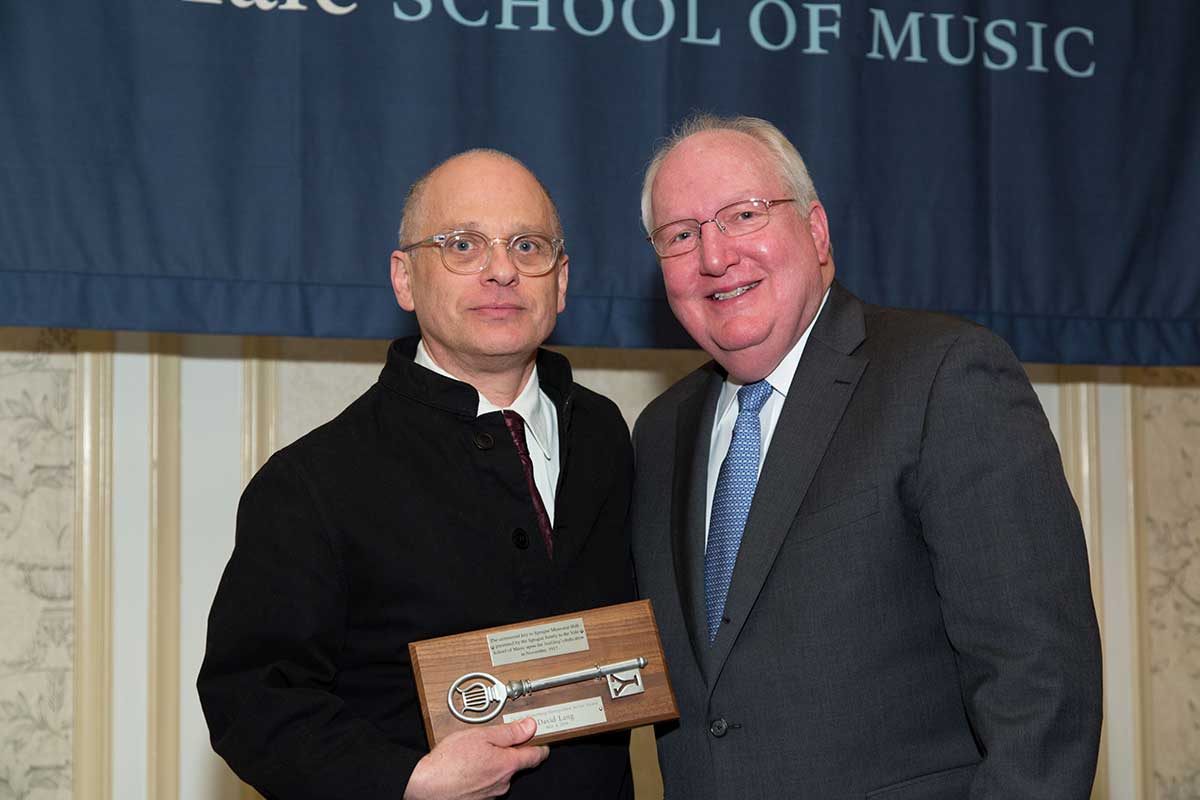 Donald Roberts, a member of the Yale College Class of 1957, was in attendance for the inauguration of a new prize. The Malcolm L. Mitchell and Donald M. Roberts Class of 1957 Prize is awarded to the outstanding graduating teaching artist in the Music in Schools program.

The School of Music Communications team—Monica Ong Reed, Dana Astmann, and Austin Kase—was acknowledged for their work on the new website re-design. The new website was nominated for a Webby Award, and the website's "Why Music?" video has won awards including Telly Awards in two categories.

Several students were recognized for their acceptance into The Academy/Ensemble ACJW, a joint project between the Juilliard School and Carnegie Hall., which is a two-year fellowship program that supports musicians in building well-rounded careers. Jean Laurenz, Philip Browne, Michael Zuber, and Garrett Arney will join The Academy after graduation.

Sara Couden was also recognized for her accomplishment in becoming a member of the Metropolitan Opera young artist roster after graduation.

Finally, Dean Blocker announced the Yale School of Music student prizes for 2014. The winners are as follows:

Thomas Daniel Nyfenger Memorial Prize, to a student who has demonstrated the highest standard of excellence in woodwind playing: Darren Hicks

John Swallow Prize, to an outstanding brass player whose artistry and dedication have contributed to the department: Jean Laurenz

Woods Chandler Memorial Prize, for the best composition in a larger form written during the year: Reena Esmail  and Benjamin Wallace

John Day Jackson Prize, for outstanding chamber music compositions written for strings, with or without other instruments: James Rubino

Eliot Fisk Prize, to an outstanding guitarist whose artistic achievement and dedication have contributed greatly to the department: Koh Kazama

Elizabeth Parisot Prize, to outstanding pianists in the School of Music: Oliver Jia and Henry Kramer

Georgina Lucy Grosvenor Memorial Prize, to be awarded to the violist in the graduating class whose performances while at Yale have exhibited the highest potential for success as a soloist or chamber musician in the field: Colin Brookes

David L. Kasdon Memorial Prize, to an outstanding singer in the School of Music: Brian Vu

Phyllis Curtin Career Entry Prize, to assist in launching the career for a graduating voice student who demonstrates exceptional talent as an artist and promise for a professional career: Aleksandra Romano

Philip Francis Nelson Prize, for a student whose musicianship is outstanding and who demonstrates curiosity, talent, and the entrepreneurial spirit in the many dimensions of the music profession: Daniel Schlosberg

Presser Foundation Music Award, for an outstanding returning student, to advance his or her music education:  Samuel Suggs

Yale School of Music Alumni Association Prize, to students who have not only excelled in their respective fields, but have also made important contributions to the general life of the School: Kathleen Allan, Eric Anderson, Sean Chen, Mélanie Clapiès, Timothy Gocklin, Antoine Malette-Chénier, Arash Noori, Andrew Padgett, Claudia Rosenthal, and Yevgeny Yontov