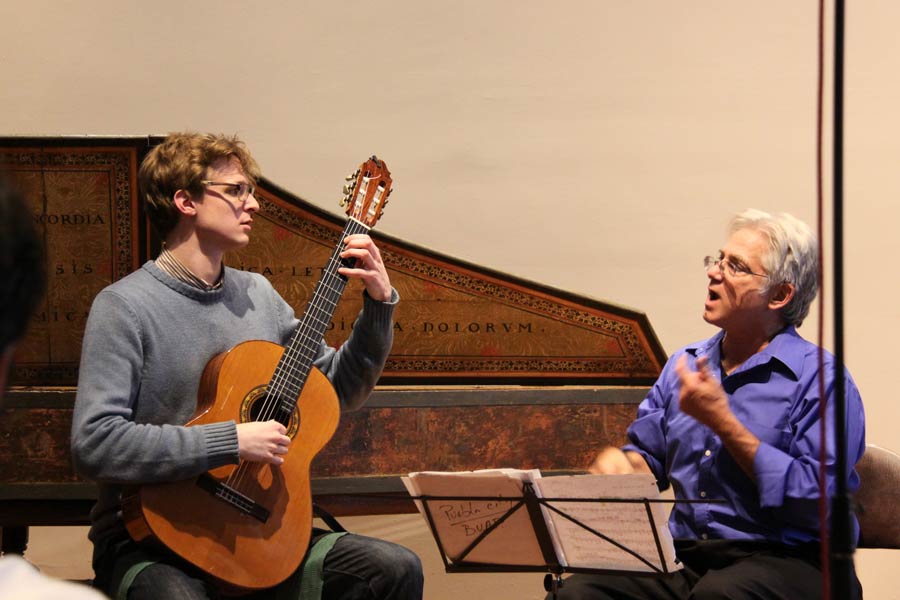 Ian Tuski '15 MM is to be honored with a Yale-Jefferson Public Service Award. The awards recognize those who inspire the Yale community through innovative, effective, and sustained service for the greater good. The Yale-Jefferson Public Service Awards were launched in 2012 by the Association of Yale Alumni, Students and Alumni of Yale (STAY), and the Jefferson Awards for Public Service. Three awards are now given each year: one to a Yale undergraduate, one to a graduate/professional student, and one to an alumnus.

Ian Tuski was the graduate/professional student selected for this honor for the 2014–2015 academic year. The awards will be presented at the alumni association’s upcoming annual assembly on Friday, November 20. The award announcement noted:

Ian Tuski established a graduate teaching artists program in the Fair Haven public schools system. In doing so, he created a new cultural space for the community. He devoted much of his time at Yale to teaching guitar to middle- and high school students, especially immigrants and refugees. Tuski and his students participated in concerts, celebrations, and other artistic events in New Haven, including performances at City Hall, New Haven schools, and Hispanic cultural organizations. He began this program through his own initiative, and it is now supported by the Yale Class of '57 Music in Schools Initiative of the Yale School of Music. Tuski’s program connects students with their culture; and enriches the lives of their families, churches, schools, and community centers. Tuski was the liaison between the Fair Haven community and other guitar graduate students who are now expanding his program.

Tuski, a guitarist, graduated in 2015 from the Yale School of Music, where he studied with Benjamin Verdery.