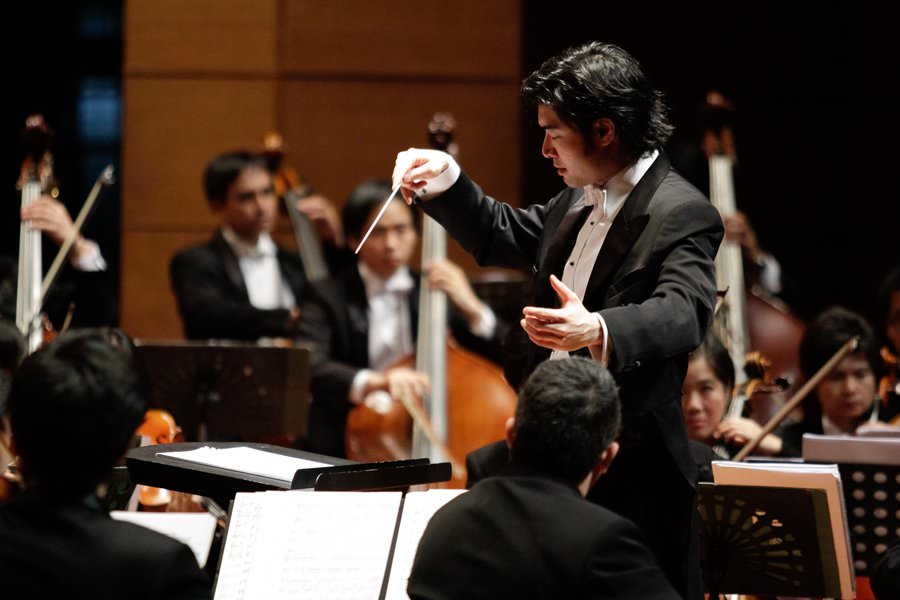 Several Yale School of Music alumni were among the musicians nominated for Grammy Awards. The nominations for the 2016 awards were announced Monday, December 7.

In the category of Best Orchestral Performance, conductor Darrell Ang ’08 MM was nominated for his recording of Zhou Long and Chen Yi's Symphony Humen 1839. The recording, which featured the New Zealand Symphony Orchestra, was released on the Naxos label.

Brad Wells ’05 DMA and the vocal octet Roomful Of Teeth were nominated in the category of Best Chamber Music/Small Ensemble Performance for Render, released on New Amsterdam Records. There are numerous YSM alumni among the members of Roomful of Teeth.

In the same category, pianists Genevieve Feiwen Lee '89 MM, '90 MMA, '94 DMA and Nadia Shpachenko received a nomination for their recording of Tom Flaherty’s Airdancing for toy piano, piano, and Electronics. This piece appears in the Reference Recordings’ CD Woman at the New Piano, which is also nominated in the category of Best Classical Compendium. The full album, which includes a duo piano performance by Lee and Shpachenko, was among several that garnered Marina and Victor Ledin a Producer Of The Year, Classical” nomination.

Two YSM composers received nominations in the category of Best Contemporary Classical Composition. Andrew Norman ’09 AD was nominated for Play, recorded with Gil Rose and the Boston Modern Orchestra Project on BMOP/Sound. Julia Wolfe ’86 MM was nominated for Anthracite Fields, recorded for Cantaloupe Music by Julian Wachner with the Choir Of Trinity Wall Street and the Bang On A Can All-Stars. This same work won Wolfe the Pulitzer Prize earlier this year.