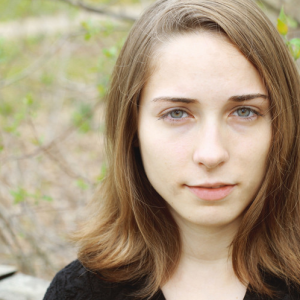 Natalie Dietterich '16 MM, has been named one of the receipients of the 2016 Morton Gould Young Composer Awards. In addition to being recognized as one of this year's winners, Dietterich is also the recipient of the Leo Kaplan Award, which was instituted in memory of the distinguished attorney who served as ASCAP Special Distribution Advisor.

Congratulating the Award recipients, Paul Williams said, "These gifted young composers ranging in age from 14 to 30 represent the bright future of American concert music. We congratulate them and extend our great appreciation to the dedicated panel of ASCAP members who selected the winners from over 700 submissions.” The composers will be recognized at the annual ASCAP Concert Music Awards event in September.

Established in 1979, with funding from the Jack and Amy Norworth Memorial Fund, the ASCAP Foundation Young Composer Awards program grants cash prizes to young concert music composers up to 30 years of age whose works are selected through a juried national competition. These composers may be American citizens, permanent residents, or holders of US student visas.

Morton Gould, a Pulitzer Prize-winning composer, served as President of ASCAP and The ASCAP Foundation from 1986 – 1994. Gould, an eminent and versatile American composer, was a child prodigy whose first composition was published by G. Schirmer when he was only six years of age. To honor Gould’s lifelong commitment to encouraging young creators, the annual ASCAP Foundation Young Composer program was dedicated to his memory, following his death in 1996.

For the official announcement, visit this page.