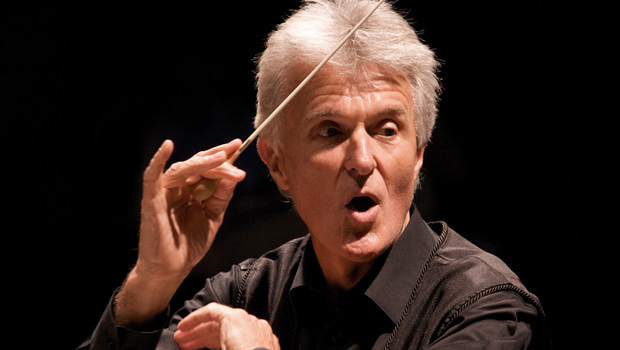 If you want a musical sampler of choral music, you won’t want to miss the Norfolk Choral Festival, a concert of music from the Renaissance to the 21st century performed Saturday, August 20.

Conducted in part by the acclaimed choral director Simon Carrington, who leads the Festival’s week-long choral workshop, the concert will feature works by Mozart, Bach, Byrd, as well as 21st century composers Trumbore, Whitacre and Crabtree. Twenty-four professional singers from around the world will perform, accompanied by the Norfolk Festival Chamber Orchestra.

Carrington, a Yale University professor emeritus, has had a long career in music — as a singer, double-bass player and conductor. While in the U.K., where he was born, he co-founded the King’s Singers, an internationally acclaimed British vocal ensemble. During that time, he also regularly performed professionally as a double-bass player, playing, among other places, as sub-principal for the BBC Philharmonic Orchestra. At Yale, Carrington was professor of choral conducting and director of Yale Schola Cantorum, a 24-voice chamber choir.

We caught up with Carrington via email in the middle of a very busy conducting summer and before his busy week at Norfolk.

Q: How and when did you make the leap from performing on double bass to singing?

A: Not so much a leap. More a drift! I had always been a singer — boy chorister, choral scholar (undergraduate) at Cambridge, more singing in Oxford during my year there working on my Education Diploma. Meanwhile I had played the bass since school days, having graduated from being an extremely average cellist to being a more in-demand bass player. I was due to join the Vancouver Symphony Orchestra, but at the last minute (fortunately as it turned out) the North American Federation of Musicians decided to ban the import of any more “foreign” players that year. Anxious to find work I auditioned successfully for the BBC Philharmonic in Manchester (UK!). At the same time, I was busy developing The King’s Singers with my former colleagues from King’s College Cambridge. Gradually the singing took over form the playing as the group became more successful.

Q: Playing double bass, singing, conducting — if you could only pick one, which would it be and why?

A: I am terrible at comparisons and just feel lucky to have spent my entire career as a professional musician. My conducting is the most recent of the three and (I hope!) enables me to share everything I know with the musicians I conduct or teach about both my more youthful performing disciplines.

Q: In what ways, if any, is conducting choral music different than conducting instrumentalists?

A: With choral music the singers usually have the vocal score with all the parts in front of them. Sadly not all singers take advantage of this and tend to read just their own lines. I try to encourage them to take advantage of the score and to absorb all that is going on. If they do so, the conductor’s role is then to develop the sound of the choir, train the singers to be flexible, to use their ears, to be sensitive to the music around them. In my opinion it is not therefore necessary to direct the choir as such, rather to enable. Orchestral players only have their own parts with the result that they instinctively use their ears more acutely in matters of ensemble, but at the outset the conductor must be firm in his intent and his gestures need to be clear and concise at least until the players have heard each piece for the first time. For all the wrong reasons choirs learn music much slower than orchestras (mainly because they can get away with not being put on the spot unlike a trumpet player!), and one of my main priorities in choir training is to bring the singers up to speed, having had the benefit of both disciplines!

Q: What do you have planned for this summer's choral festival at Norfolk? Share one or two unusual/exciting/different tidbits about this year's festival that sets it apart from other years. What are you particularly excited about?

A: I am confident we have selected a wonderful 24-voice choir of singers from all over the US – and further afield this year – and some talented conductors among their number. As always each conductor has to learn all the music and be prepared to step up to the podium at any moment to rehearse any of the repertoire. This includes not only Renaissance, Baroque, Classical, Romantic and contemporary choral repertoire, but also a movement from a Baroque harpsichord concerto played by my wonderful colleague Ilya Poletaev and our instrumental ensemble, and several pieces for the choir with obbligato instruments. As each year we are featuring a solo soprano from one of the Yale graduate programs in voice and the conductors will have the chance to conduct her in a Bach cantata and several other shorter pieces with instruments. The only piece I direct myself is the one I conduct each year: a special prize-winning commission by a current Yale graduate composer specially written for the course. This week Dylan Mattingly has just sent me Ecstasy for choir, solo soprano, and the complete instrumental ensemble for this year: string quintet, oboe, clarinet, trumpet, vibraphone and piano.