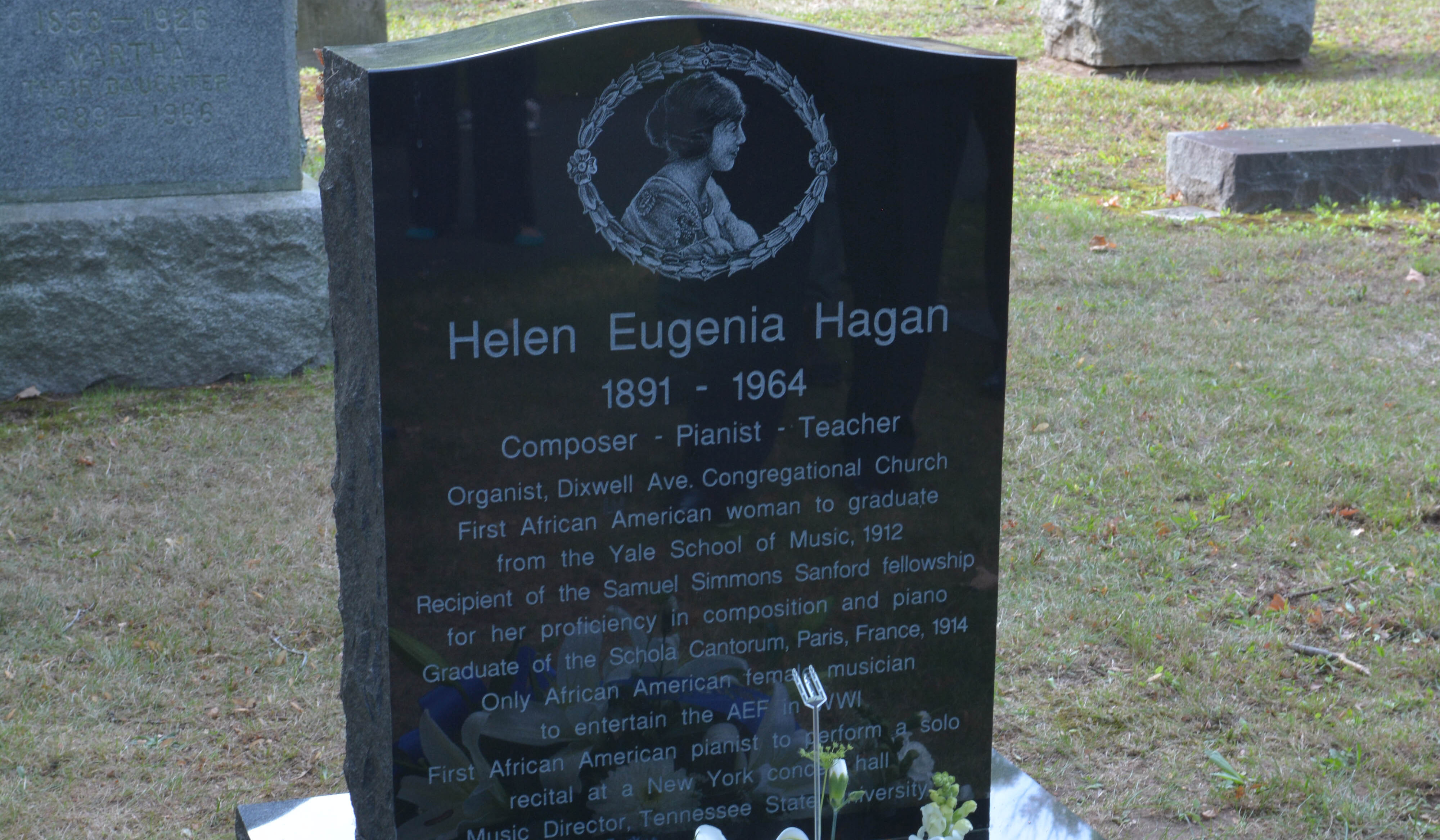 A long overdue ceremony was held at New Haven's Evergreen Cemetery on Thursday, September 29, to honor Helen Eugenia Hagan, who died in 1964 and was buried alongside her parents, albeit without individual mention. A headstone was placed on Hagan's grave as members of the local community and others who've been connected to Hagan's legacy acknowledged her extraordinary life.

Elizabeth Foxwell, who organized a crowd-funding campaign to permanently mark Hagan's resting place -- a campaign to which the Yale School of Music contributed -- said, "Journalist, professor, Yale alum, and future NAACP activist William Pickens wrote the following about Hagan in 1916: 'I remember [...] I settled back into an easy chair to listen when the little girl was led in by her mother and seated at the piano just to show me. She showed me and has since shown hundreds of thousands that genius [...] will out.'" Foxwell, who edited the 2015 anthology In Their Own Words: American Women in World War I (Oconee Spirit Press), also quoted from a letter Hagan penned in 1932 to W.E.B. Du Bois describing the struggles she was experiencing. 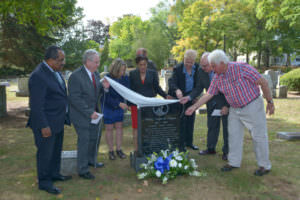 Helen Hagan is believed to have been the Yale School of Music's first female African American student. She graduated from the School in 1912 and soon thereafter became the only African American performer to travel to France to entertain Black troops stationed there after World War I. Hagan was the first African American pianist to perform a recital at a New York concert venue. While at Yale, Hagan performed with the New Haven Symphony Orchestra and composed and performed her Piano Concerto in C minor, which, sadly, is the only one of her compositions to have survived. 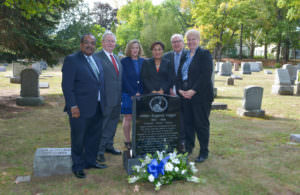 Yale School of Music faculty composer Hannah Lash described the first movement of that piece as "an intriguing glimpse into a bright, young mind" and said Hagan "was a figure who was so unspeakably brave to forge ahead and swim against the current in order to achieve extraordinary things. ... I am inspired by what little I know of Helen Hagan. She represents what I love most in music and in my favorite composers: the audacity to be everything that one can be."

In his 2016 Convocation address, delivered on September 8, Yale School of Music Dean Robert Blocker said, "It may surprise some of you to know that when the Yale Corporation voted to establish a School of Music in 1894, they also approved a Bachelor of Music degree that was open to women and men. Now, cynics might say that not offering a Bachelor of Arts in Music retained the exclusivity of Yale College as a male enclave, but I find it a lot more interesting and compelling that music was Yale’s very first commitment to diversity and inclusivity.” 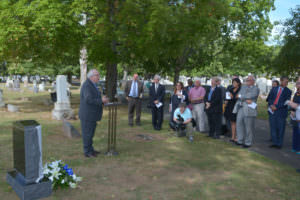 Blocker read a poem by John Greenleaf Whittier (lines that originated with the 13th century Persian poet Saadi and have since been often borrowed and unattributed) -- "If thou of fortune be bereft, and in thy store there be but left two loaves, sell one, and with the dole buy hyacinths for the soul" -- and said, "Helen Hagan bought hyacinths and gave them to the souls of the troops, of this community, of her students, of people at Tennessee State (University, where Hagan taught). Those flowers grow today in our lives and in the lives of our students." 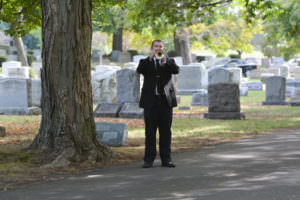