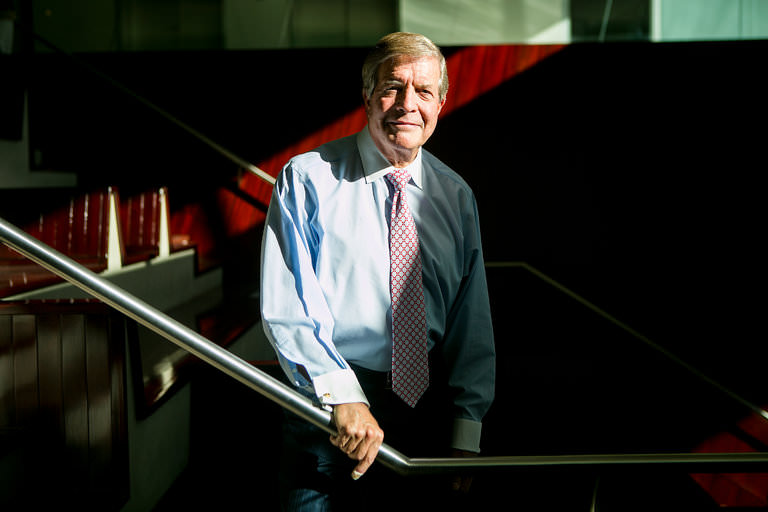 One of the most influential offstage figures in the New York arts world is stepping down. Joseph W. Polisi ['73MM, '75MMA, '80DMA], who transformed the Juilliard School during three decades as its president, announced on Wednesday that he plans to leave the post in June 2018.

Mr. Polisi, 68, has kept Juilliard at or near the top of any list of the world’s most important conservatories. And during his tenure as the school’s longest-serving president, he instituted a number of sweeping changes to adapt to big shifts in the worlds of culture and education at a time when the job market for even the best-trained artists was more uncertain than ever.

Mr. Polisi built Juilliard’s first dormitory to foster a sense of community at what had always been a commuter school; oversaw the school’s expansion during Lincoln Center’s recent renovation; and added programs in jazz studies and historical performance.

He proved himself a prodigious fund-raiser: The value of the school’s endowment fund had grown to about $930 million as of June, from about $63 million soon after his arrival in 1984. And in recent years, Mr. Polisi has started a series of sometimes controversial projects to create fresh revenue streams for the school, including building a new Juilliard in China. ...