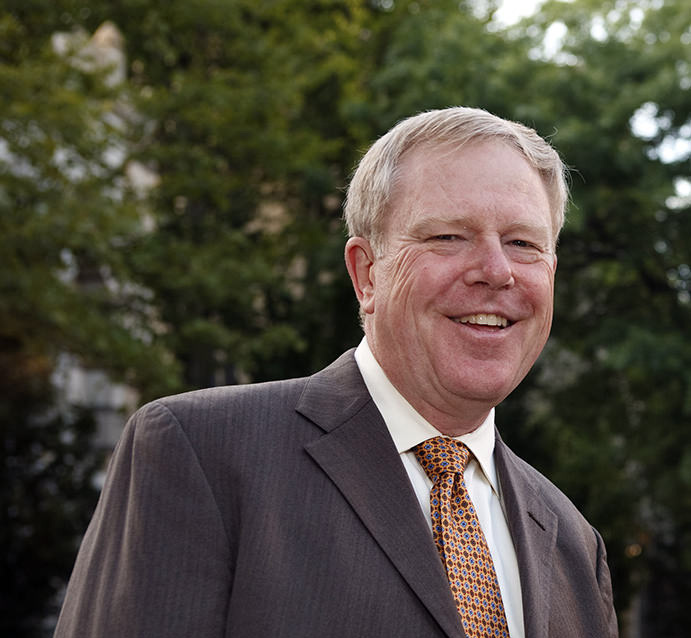 Professor of Musicology Paul Hawkshaw will be a Fulbright Visiting Scholar in Vienna in the spring of 2018. During his residency, he will teach classes at the University of Vienna's Institute of Musicology and at the city's University of Music and Performing Arts, in addition working at the Austrian National Library on a project titled A Bequest and a Complex Legacy: Untangling Anton Bruckner's Revisions in Later Times, which aims to sort out the many different revisions of Bruckner's music that have resulted from, in Hawkshaw's words, "unauthorized tampering in Bruckner's scores by well-meaning students and friends of his."

According to Hawkshaw, the International Bruckner Society recently began a new Collected Works Edition under the auspices of the Austrian National Library and the Vienna Philharmonic. The New Anton Bruckner Collected Edition will eventually include new definitive scores of Bruckner's complete works. Hawkshaw, who serves on the society's editorial board, will work on three of the symphonies: numbers Seven, Eight, and Nine. "In some cases," Hawkshaw said, "previous editions had errors as a result of misreading the sources. For others, new, more reliable manuscript sources have surfaced since the older printed scores appeared."

"The Collected Works Edition will eventually publish all his works, though that will take years to accomplish," he said. "We are beginning with his symphonies and masses, because they are the most frequently performed. We have assembled a group of scholars from around the world to work on the individual volumes."

The newly edited version of the Eighth Symphony will receive its world premiere at Yale on October 27, 2017, in a performance by the Yale Philharmonia under the baton of principal conductor Peter Oundjian. "In the case of the Eighth Symphony that we are going to do at Yale, Bruckner left two versions," Hawkshaw said. "Both will be published in the new Collected Edition and both have been published before. The Philharmonia is doing the first version, which he composed form 1884-1887 and which is the less-frequently performed of the two. The new edition, which we will perform, corrects enough mistakes in the older print that anyone who knows it well will hear the difference right away. Nevertheless, it is still very much the same score. The new edition also modernizes the way the parts are written for the players. Bruckner used a very unusual method of notating the Wagner Tubas for example. This has been updated so modern performers will not have trouble reading the music."