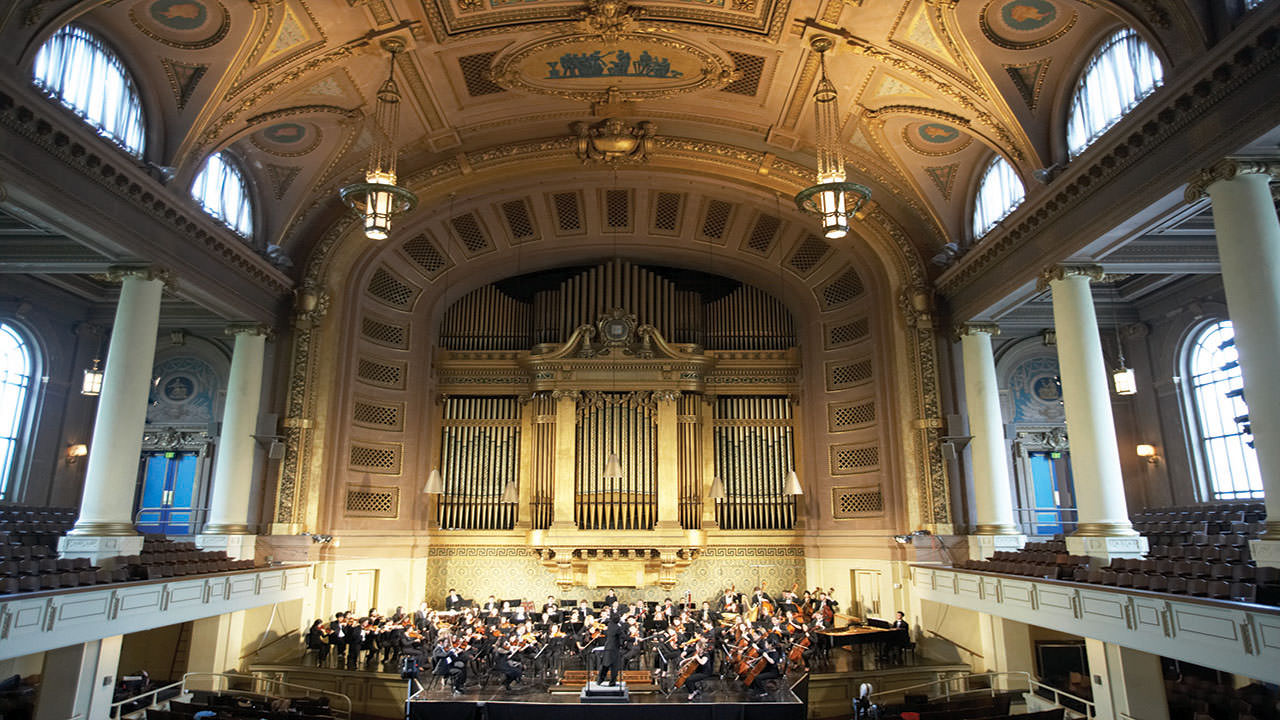 The judges noted that they were very impressed with the high level of talent that was demonstrated by all performers. Violinist Rachel Ostler '18MMA was selected as an alternate, and honorable mentions were given to horn player Scott Leger '18MM, mezzo-soprano Anne Maguire '17MM, and violinist Diomedes Saraza Jr '17MMA.