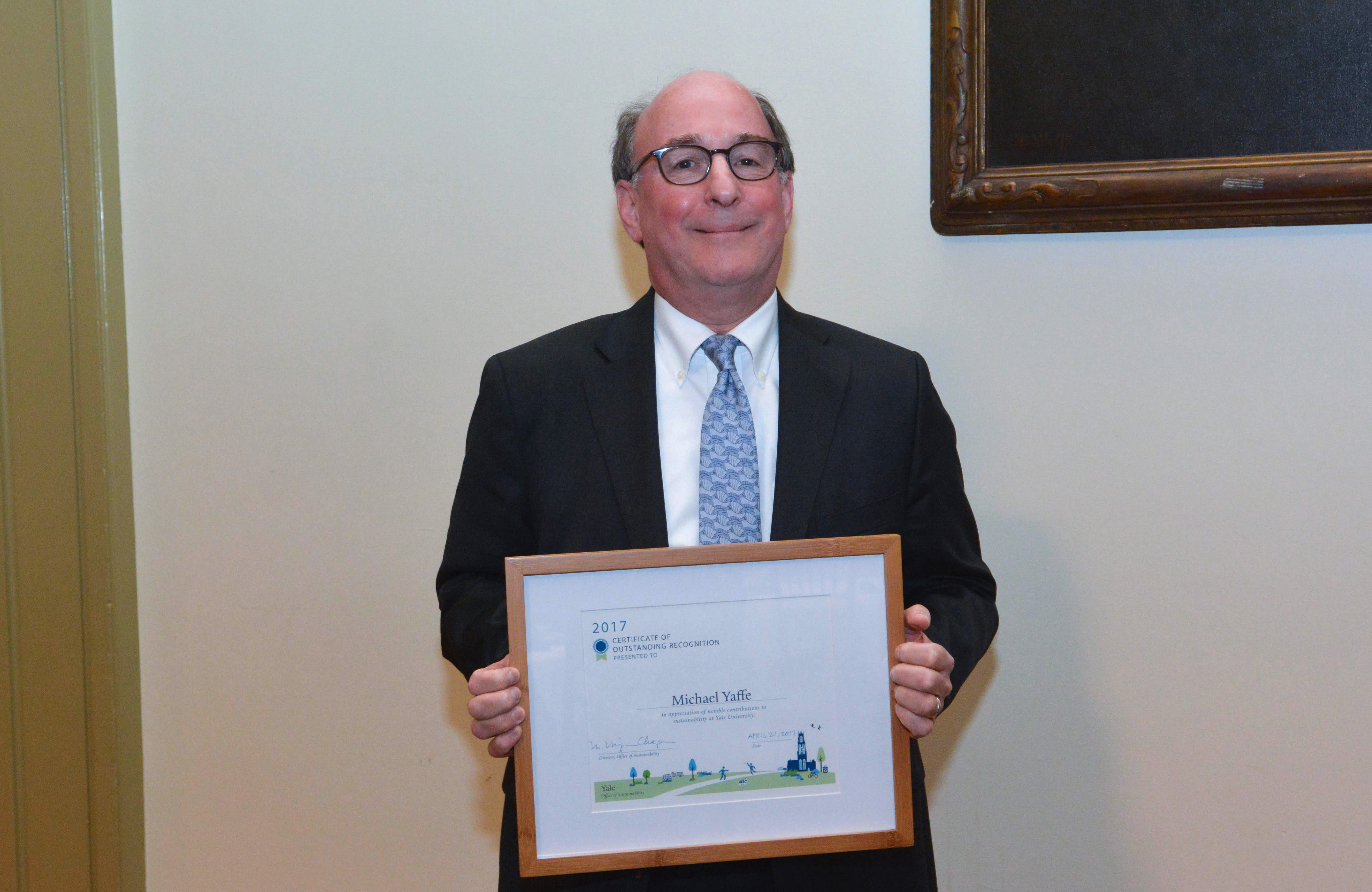 Yaffe was recognized at the 2017 "State of Sustainability" Breakfast for his dedication to championing "inclusion and justice" at YSM, in the local community, and beyond. "Michael Yaffe has worked to enrich the New Haven schools through the Music in Schools Initiative," Office of Sustainability Director Ginger Chapman said.

According to language on its website, the Office of Sustainability's mission "is to advance sustainability within the Yale community by acting as a catalyst for information exchange and facilitating capacity building, innovation, streamlined operations, and preparation of tomorrow’s sustainability leaders."

"A city that provides families with active music-making is a more cohesive city," Yaffe said. "Music is an emotional language that gives meaning to society and has the potential to bring confidence and commitment" to conversations such as those about health, equity, and future generations. As part of its mission, the Music in Schools Initiative fosters cultural leadership among participating public-school students and graduate-student teaching artists who support local music educators. Yale's Sustainability Principles "recognize the interdependent relationship between society, economy and the natural environment through using a systems-thinking approach, which acknowledges that decisions within one system may unintentionally impact another system."

The breakfast event began with the world-premiere performance of YSM student composer Hilary Purrington's ('17MMA) song-cycle, for baritone and chamber ensemble, A Clarion Call. Purrington's program note explains, "I wanted to compose a song cycle that addresses the current, devastating effects of climate change, and I chose to focus on the Marshall Islands. Located near the equator in the Pacific Ocean, this vulnerable nation is already facing the catastrophic impact of rising sea levels."