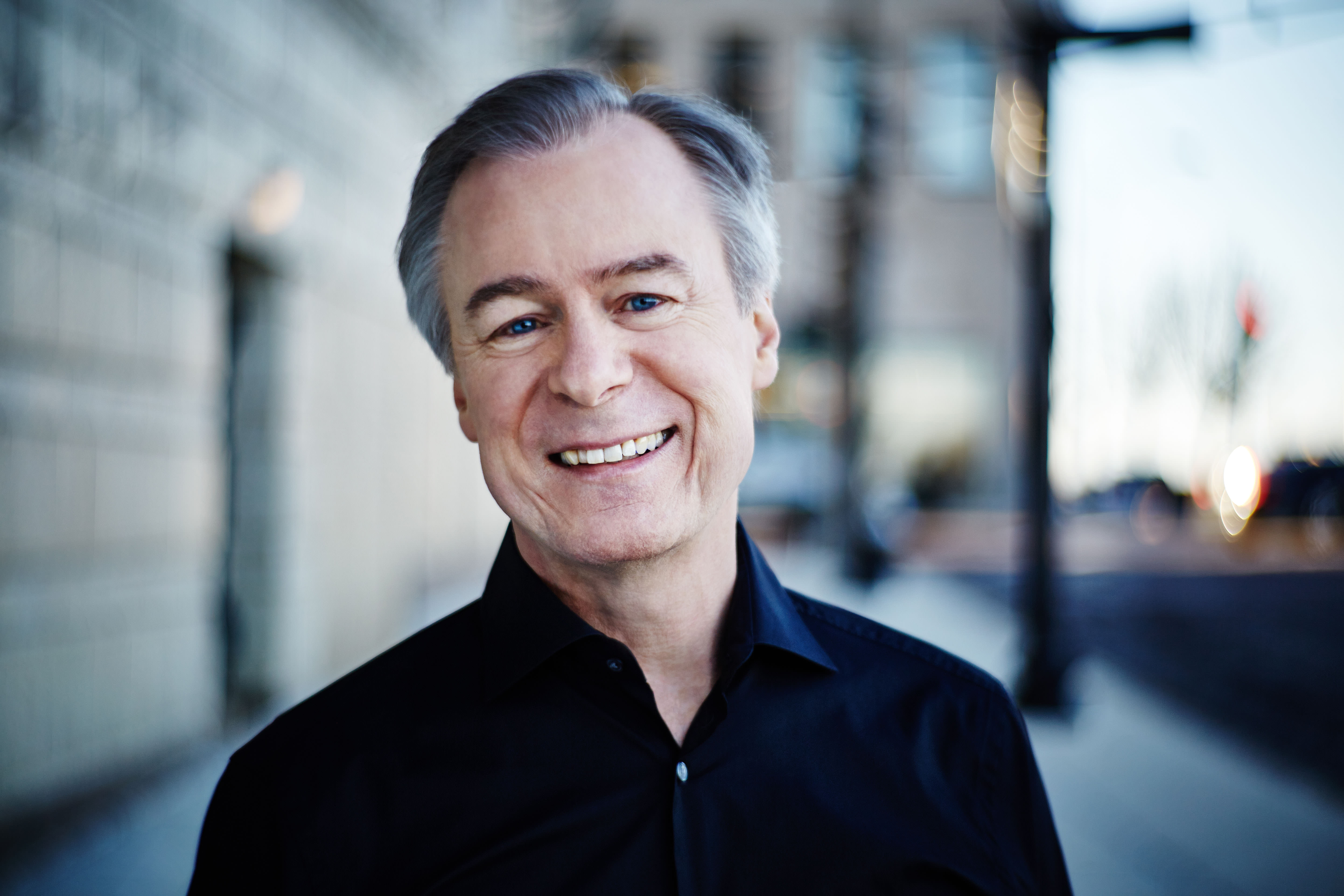 Q: You’ve conducted a lot of Christopher Rouse’s music. Would you talk about the importance of programming Rapture (and Rouse’s work) and bringing it to our audience here in New Haven?

A: I think that Chris’ music is really unique in the way that he has taken his experience of popular music culture, which is inescapable in the United States … I think it’s universal now. But it was possible to hold it at arm’s length in certain cultures that maintain the sort of strong roots of classical music in Europe – whereas in the United States, there’s never been this strict dividing line that the Germans have, say, between ernste Musik and Unterhaltungsmusik or serious music and entertainment music, translated loosely. So the interesting thing is that each American composer from Ives on out has really had to deal with How do they feel about this? How does it influence them? And the fascinating thing with Rouse is that it has allowed him to gain a certain amount of energy from the current and popular music, and at the same time keep all of the refinements that we know from sophisticated forms of music. And so the result is really a personal amount of or fusion of these things at a far deeper level that you can really point to and say, “Oh, well, you see this is the popular influence,” which you might be able to do, say, in a composer like Copland or possibly Virgil Thomson.

With Rouse, they are fused in the same way that they are fused with Steve Reich or with John Adams. And I find that his particular take on the almost naïve emotional content that one often associates with the American experience, naïve in the best sense of the word – in the sense of pure, and unadulterated – is something that he brings out. And in Rapture it is the constant exploration of that sort of feeling of joy and autonomous peace. And the sort of feedback loop that this gives within the work. And so it’s this extraordinary build, which I don't know that you could do in quite the same way and not have it be allied say as Ravel does with Bolero, with an actual dance form. He manages to make this cumulative in a number of remarkable ways. And so it felt like it was a great way to start a program that contains the other two works, both of which being emotional expression and storytelling in their own way.

Q: You’re going to be working with violinist Laura Park, who won our Woolsey Hall Concerto Competition last year. What are your thoughts on or approach to working with a young, ascendant soloist – and also with a group of grad students/professional musicians who are at the beginnings of remarkable careers?

A: I first started the intense conducting when I was a teenager. And therefore, I was doing it with my colleagues and people who were all my age. And it wasn’t until I had actually finished my studies at the Royal Academy of Music in London that I actually started working with people who were older than I was. And so the interesting thing is that there’s a kind of wonderful quality about working with your colleagues. And the support system of all being in the same kind of general area is one that feeds the energy in a performance. And this has very definitely been my experience, whether it’s working with Parisians at the Conservatoire or in Aspen during the summer or in the wonderful tour that I had with the National Youth Orchestra at Carnegie Hall. There is this freshness to the approach. And the thirst and excitement for discovery that is infectious. And I feel I get much more than I give …

Any music that you make seems to me at least from the conductor’s point of view, like a conversation. And so sometimes you are fortunate enough to have, say, a conversation with Stanley Drucker, who was on the Bernstein Young People’s concerts when I was born. And then I am lucky enough to be able to pass the discourse of the orchestra to him in such a way that I say, “What do you think about this solo in the ‘Hebrides’ Overture?” And for me the ability for him to speak through his instrument is simply a miraculous gift. And so in the same way that you have someone who has all of that experience, the idea that you have people who on the outside look as though they don’t have the lifelong experience, yet, of seasoned musicians. At the same time, they bring their own fresh perspective to music and their experience of life thus far. And that is a wonderful thing to bring into a conversation.

… Obviously, I have certain requirements that the composers have. But within that, there’s such a huge scope for discovery and for exploration, that this sense of: How does this soloist, for example, feel about the Walton? What are the things that really delight the musician? What are the things that might feel obscure? What are the principle sort of wishes that we want to make sure are really clear? And this will be the same thing for all of the musicians when we get to something like the Strauss. And … part of the thing that I find interesting about rehearsing and interesting about working with musicians is discovering that, because it is very rare that I don’t come away from a concert experience, even on pieces that I know very well, without having new insights into the pieces that I may be conducting by heart.

Q: I spoke to Ariel Horowitz, who is going to be the concertmaster for Ein Heldenleben. And she was talking in great depth about thinking of herself in this role as an actor and telling Pauline’s story. How do you facilitate what is already a piece of storytelling?

A: Well, to some extent I think of myself – and this, perhaps, came from my background in theater – as a director, as a theater director, where if you’re doing a play and your lead is Meryl Streep, just because the last time you did the play you had another actress, say, Vanessa Redgrave, does not mean that you will try and then make that person do like this other person did. They will actually bring their whole physicality and their experience of what the work is to the table. And your job is to a great extent to help them realize that. And to be their outside observer – to say, “That’s excellent, I think you can even do more of that.” Or, “You might want to just wait here at that place on the stage before you counter cross so that you can really have the resonance of what you just said and how you look." And these are things that the actress, or in this case, the musician, however great they might be, is not able to do in the same way because they are within themselves. And I am outside of them. I am the only person not making any sound. And that means that I have the responsibility to some extent to be observing in an aural sense everything that is happening, and making sure that it happens in the purest and best way possible.

Q: Do you view your role differently conducting what is here at the Yale School of Music a graduate professional orchestra, as opposed to when you are there, in St. Louis, conducting that group? Or is the role exactly the same?

A: When you view the musical interaction of the conversation, there’s no change in the way that you listen or speak with someone in conversation regardless of their age and their level of experience. If you are really attending to the various meanings that are involved in any human exchange, then you are really allowing that to influence where you go. The last thing that I feel a conductor ought to be is to be like a franchise manager, to be a manager for Starbucks. And the great thing about Starbucks, and I’m not denigrating them at all, is that if you are in Bangkok or you are in Beijing or you are in Kuala Lumpur or you are in downtown Des Moines, you will be able to get the exact same Frappuccino, right? There is a certain comfort in that.

But at the same time, that is not what art is about. To me, that’s not actually what human interaction is about, because ideally when you pick up that Frappuccino in those various different geographical locations, the conversations you will have with people will not be stereotyped and will not be identical. And so that’s why for me there’s no real change, whether it’s the New York Philharmonic or whether it’s the Filamonica della Scala or whether it’s kids in Aspen or whether it’s the National Youth Orchestra. What you’re trying to do is make this the most meaningful musical moment that you can for everyone involved. And that changes depending on the needs of each group.