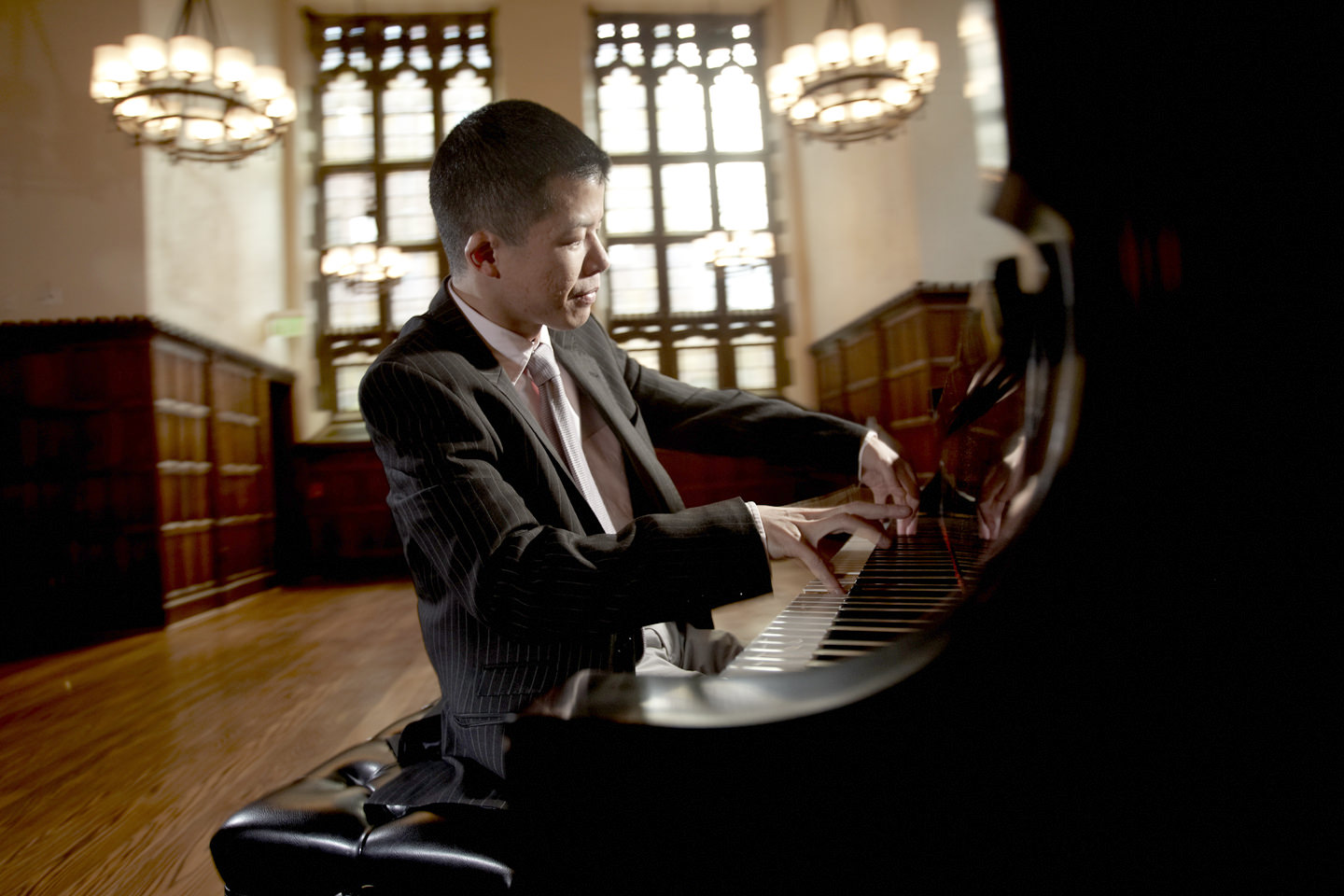 Talking about the pieces that will begin the concert — Liszt’s Prelude after J.S. Bach, Weinen, Klagen, Sorgen, Zagen, and selections from Schumann’s Four Fugues, Op. 72 — Yang said, “These two important composers of the Romantic period followed in Bach’s footsteps in the works selected here. Although some might associate Bach’s works and methods with precise craftsmanship and mathematical intrigue, here the two Romantics inherited the Baroque master’s obsession and passion in developing motifs and subjects, and grew the smallest musical seedlings into magnificent forests.

“It is striking to hear how two of the greatest Romantic composers used chromaticism and harmonic turns in the mid-1800s, lush and wayward they may be, which at times seem perfectly aligned with Baroque sensibilities,” Yang said. Their work in these pieces, he said, “encapsulates the timelessness of Bach’s vision and influence.” Yang further explained that “Bach at his core is about the elements of song, dance, and, most of the time, a combination of both. The partitas are cosmopolitan collections of different dance movements that go straight to the heart of Baroque style in elegance and eloquence. Schubert is also always about the song (Lieder) and the dance, although in dance he is singularly obsessed with the Ländler style, which can be felt in the center movements of the D-major Sonata.”

The “Gasteiner,” Yang said, “is unusually sunny and optimistic for Schubert, although it is not without nostalgia and tenderness, while the composer spins out an unusual, virtuosic keyboard style combined with orchestral and quartet sonority and the omnipresent singing lyricism that is deeply embedded in his DNA.” Asked about the significance of the program being centered on the key of D, Yang said, “I must confess that hearing a tonal thread is very important to me when I listen to and conceive the details of a program.”

What’s important to him in the end is that “the audience will see and hear the prismatic aspects in music that I strive to unlock, whether it’s about tonal relationships, stylistic influences, or genre crossing.”