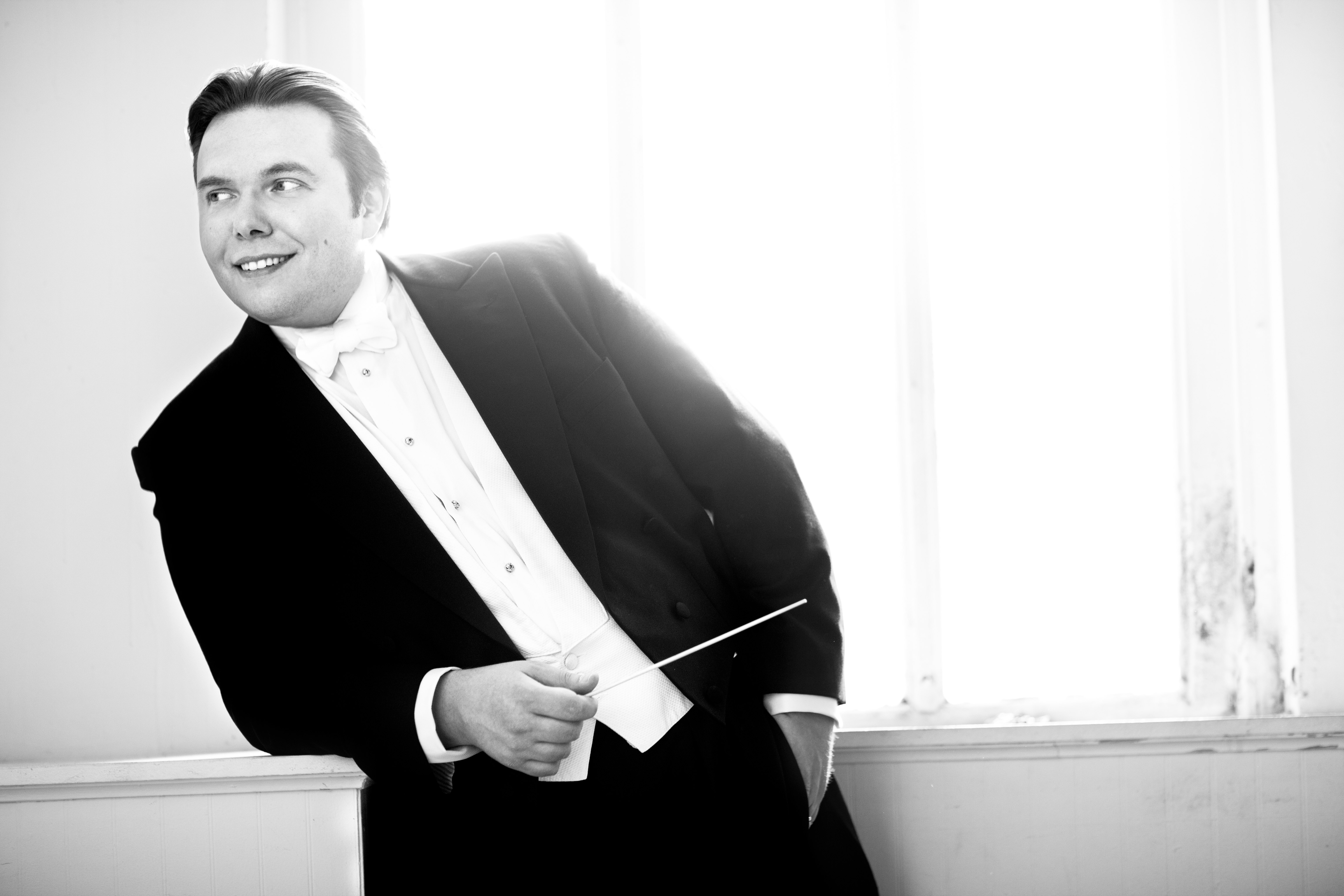 Principal conductor Peter Oundjian has said that guest conductor Ignat Solzhenitsyn, who'll lead the Yale Philharmonia in a performance of Stravinsky's Firebird Suite (1919 version, from the composer's ballet score) on Friday, Jan. 26, "particularly wanted to do this piece with our students.”

Solzhenitsyn recently pointed out that it's "one of the very, very greatest orchestral paintings in our repertoire and a piece that, of course, is predicated upon the limitlessness of imagination." Imagination, Solzhenitsyn said, is most fertile and open to influence during one's youth. The Firebird Suite "is really a piece that, more than anything, is for young people," he said. "It will showcase the Yale Philharmonia to beautiful effect."

The orchestra, in turn, will provide a capable vehicle for the stuff of Stravinsky's imagination — and for the Russian legend that the composer explored — which will no doubt inspire the Woolsey Hall audience, just as it has long captivated audiences around the world.

With Solzhenitsyn, who serves as principal guest conductor of the Moscow Symphony Orchestra and conductor laureate of the Chamber Orchestra of Philadelphia, the Yale Philharmonia will also perform Paganini's Sonata per la Grand Viola, with 2017 Woolsey Hall Concerto Competition winner Josip Kvetek '18MM, and Franck's Symphony in D minor.

Kvetek recently said that the Paganini is “not standard repertoire for the viola,” and that while it’s “very simple, harmonically and melodically,” it’s not a piece that on its own tells “one coherent story." “The part that helps with that," Kvetek said, "is it’s very operatic.” Kvetek "nailed it," Solzhenitsyn agreed, saying the Paganini is a show piece, one that's very difficult for the soloist. What makes it fun, Solzhenitsyn said, is the very notion that Paganini, a virtuoso violinist, produced such a piece for the viola. "Charm, wit, teasing, easy grace — those kind of words inform this work," he said.

Asked about the Franck being a piece that's gone in and out of favor with orchestras, Solzhenitsyn bristled. "It's a concept I still have trouble wrapping my head around," he said, pointing to the obvious fact that "the intrinsic worth of 'X' has nothing to do with if it's popular or not, or has very little to do with it." He's among those who don't understand why the Franck symphony is not performed more frequently, give that it is, undeniably, a "touchstone of the Romantic symphonic repertoire." "The beauty, the power, the innocence, the honesty of this music, I think, speaks for itself," Solzhenitsyn said.

Seeing Solzhenitsyn on the podium will be a new experience for members of the Philharmonia. And working with Yale students, for Solzhenitsyn, will present a different opportunity than the experiences he's had leading ensembles of more seasoned musicians. A collective sense of wonder and discovery that is at times diminished in a professional ensemble, he said, is right there, in all its glory, for everyone to see in a young ensemble.