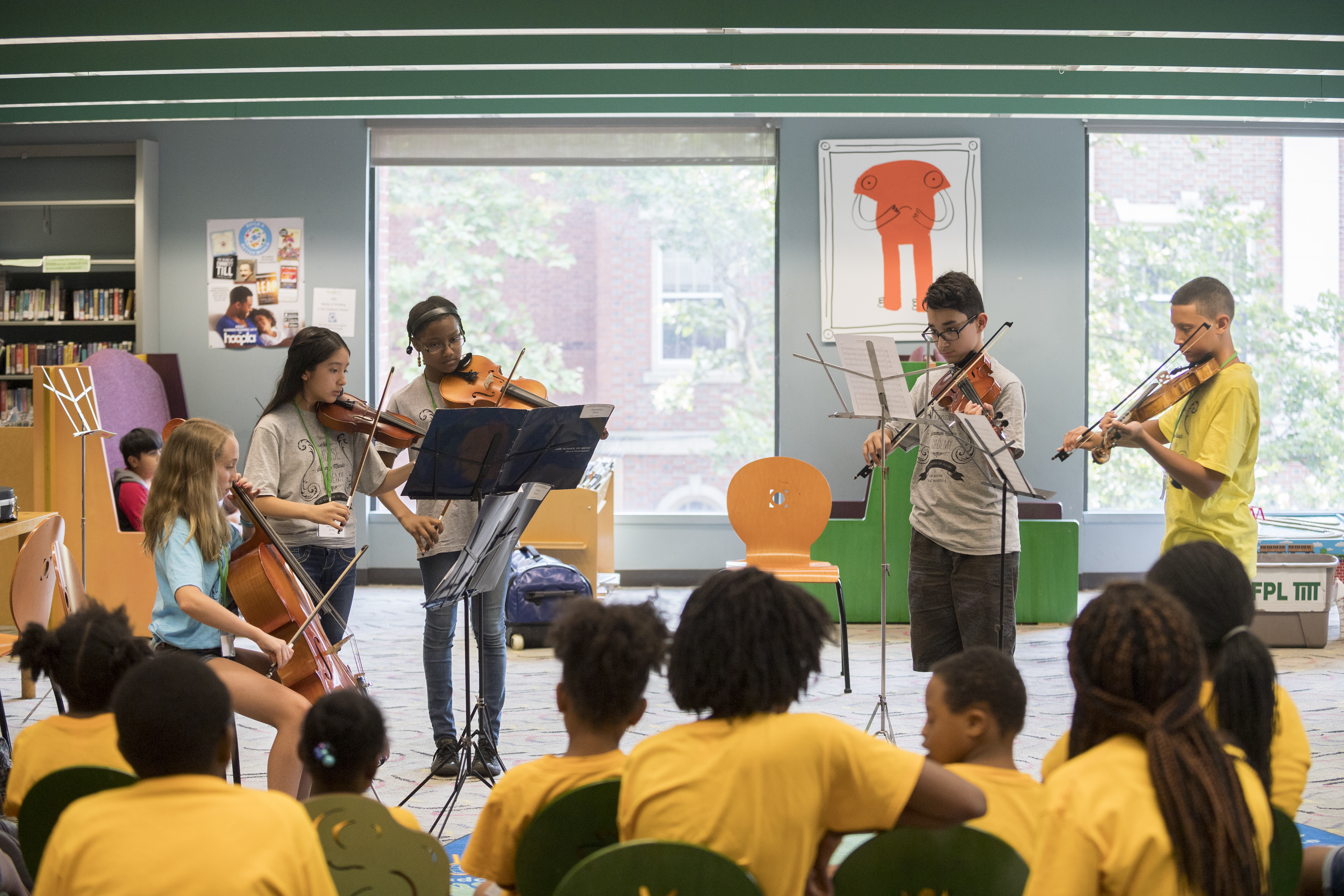 Each year, the Yale University Seton Elm-Ivy Awards recognize outstanding members of the Yale and New Haven communities who work together to improve "town and gown" relationships. The awards were established in 1979 by Phyllis and Fenmore Seton ’38 and have since honored more than 400 individuals and organizations through Elm Awards, which are given to members of the New Haven community, and Ivy Awards, which are given to Yale faculty, staff, and students.

YSM's Music in Schools Initiative, under the leadership of Director Rubén Rodríguez ’11MM, Associate Dean Michael Yaffe, and Yaffe’s assistant, Rachel Glodo, earned a 2018 Ivy Award for its work in the Yale and New Haven communities. "The distinctive characteristic of the Music in Schools Initiative is its sole focus on public schools," said School of Music Dean Robert Blocker, who nominated the Music in Schools team for an Ivy Award. "Students and teachers are and have always been at the heart of all programming for the Initiative, with mentoring and active music-making permeating every aspect of the shared experiences. The evolution of this venture, especially under the watchful eyes of Michael, Rubén, and Rachel, has been extraordinary."

The Music in Schools Initiative was established in 2007 to explore how music can be used as a means of social change in the city of New Haven and beyond. The foundation of the Initiative is a partnership with the New Haven Public Schools in which teaching artists from the School of Music support the work of certified music-education teachers. The Initiative also includes the Morse Summer Music Academy, a biennial Symposium on Music in Schools, and a visiting professor whose work focuses on community engagement.