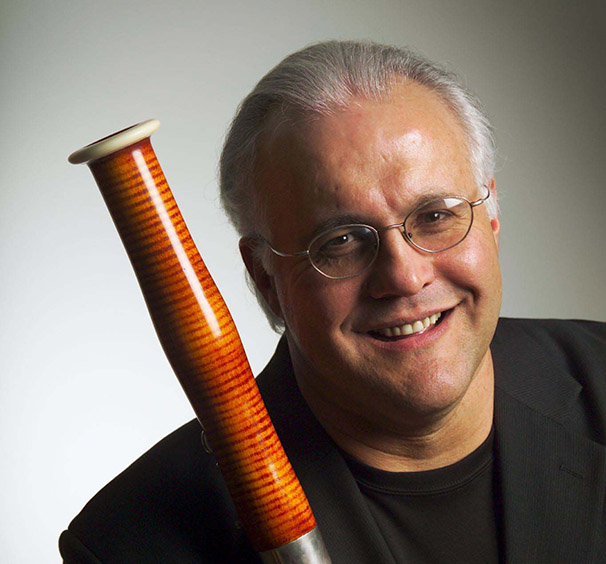 String players may obsess over strings and swear by one brand over another, but for reed players, it’s all about the reeds. A reed can make or break a performance, says bassoonist Frank Morelli. “At a certain point as a player you’re only going to be as good as your reed,” he says. “One of the keys to success is learning as much as possible how to bend the reed to your will while you’re playing it.”

Mastering the art of the reed can be double trouble when things go awry for double reed instruments such as oboes and bassoons. Simply put, not all reeds are created equal.

The search for the perfect reed begins with the source, Morelli says. Reeds are made from a type of grass. Morelli prefers those made from arundo donax, which is grown in the south of France and Spain. “Just like wine or vineyards, there are prime locations and climates and even years for cane,” he says, “so finding a good source of cane is a challenge.”

How the cane is processed is critical as well. Some reed players purchase pre-made reeds and are perfectly happy. Many players, however, tinker or tweak the reed to alter the flare, for instance, at the front of the reed or make the reed a certain thickness. What works for one player might be an anathema for another. “It’s like the difference between having a list of ingredients and throwing them all into the pot,” Morelli says of the adjusting that takes place using knives, files, sandpaper and mini-planes. “We have all the ingredients. Now comes the much more mysterious process of the final adjustments.”

“There are quality reeds that pros use,” he continues. “Even then you still have to have the knowledge of a fine chef to know one of the last things to do to it so you make it exactly the way you want it.”

And that’s before dealing with the climate or even altitude of a particular performance space. “Reeds will play differently in different altitudes and temperatures and barometric pressure,” Morelli says. “At higher altitudes your reed will respond less easily than at sea level, especially in the low register.”

“At Norfolk I’m always warning students: Don’t warm up in the air-conditioned room,” he says. “If you then walk out on the stage, it’s like you took out your bassoon, warmed up and got on an airplane in Maine and got out in Miami.” His advice: warm up in a room that has the same air temperature as the stage on which you will perform.

Reed challenges aside, Morelli feels blessed he and the bassoon crossed paths. The son of parents who worked in the garment business on Long Island — his father owned a factory and his mother was a sewing machine operator — Morelli credits the public school system in Massapequa for getting him started on his musical path. He started on clarinet in fourth grade, eventually growing big enough to take on the saxophone. “That was my first love,” he says.

The high school band and orchestra needed a bassoon player, however, and Morelli was asked to give it a try. “That change, of course, ended up being a defining moment in my life,” he says. “What got to me about the bassoon was the ability to really sing on the instrument. My whole life has been about trying to approximate the human voice as much as I can while I’m playing.” He also liked the range of the instrument — 3.5 octaves. “That’s half the piano — a pretty good stretch,” he says, adding he “enjoyed the athleticism of it, the chance to play fast and high and low.”

While Morelli was interested in making music his life, however, his horizons were initially dictated by his blue collar upbringing. His first plan was to become a band director. “My horizons and perspectives were that of my upbringing. Music education was a steady job,” he says. “That was the thinking of where I came from — there’s nothing wrong with that.” Morelli was driven, however, by a need to improve on his instrument, so he left music education and when to the Manhattan School of Music where he met Stephen Maxym.”Once I met him my world changed,” he says, noting Maxym was his predecessor at Yale School of Music, where Morelli now teaches. “I saw possibilities I had honestly never considered. I thought of myself as someone who could play in community orchestras, and be a band director and maybe play sax in weddings, which was a perfectly fine career,” he says. “Being around my teacher and my peers at Manhattan gave me an understanding of the possibilities and the beauty of becoming a professional musician. My love of that music was already there if unsophisticated. My appetite was whetted for being in that world all the time.”

For nearly 25 years, that world has included summers at Norfolk, a place that Morelli calls “magical.” “The beauty of the surroundings and the years and years of the beauty that has been produced here whether music or art has almost sanctified the place,” he says. “It has an aura that feels special. It’s stepping inside a bubble into a special place.”