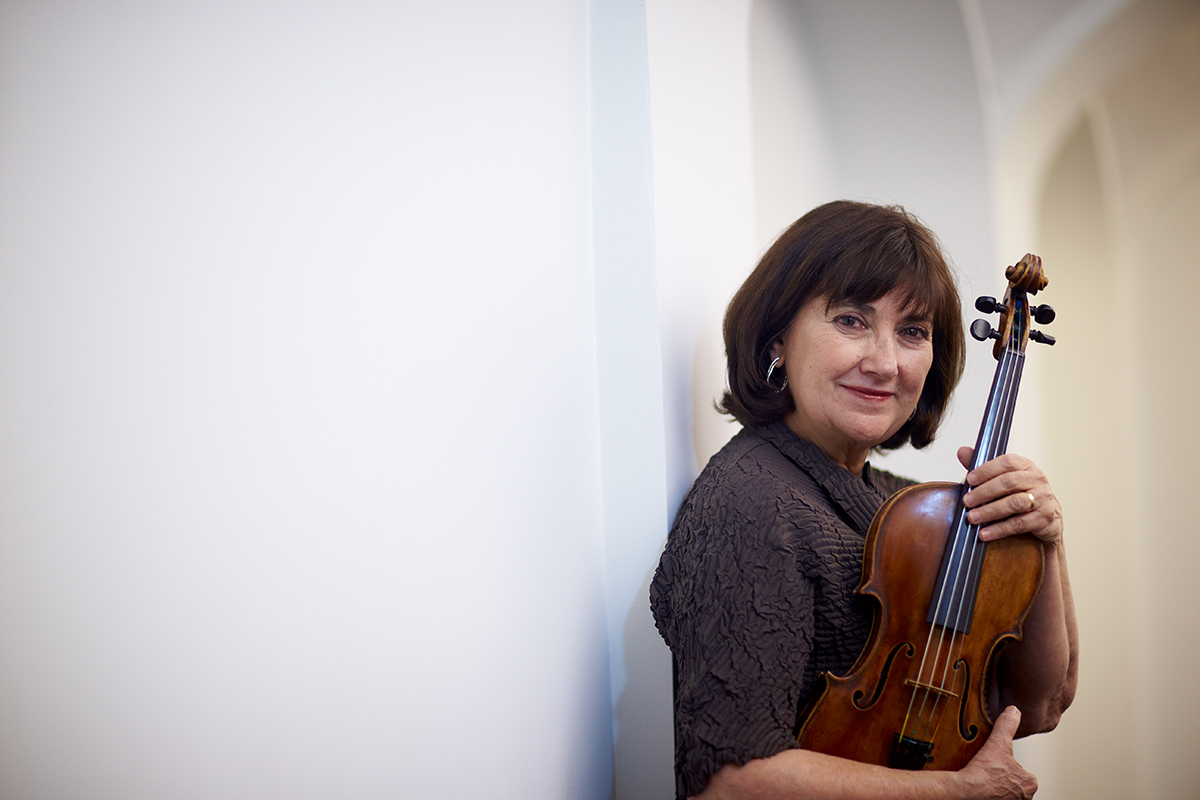 Violinist Ani Kavafian knows the music festival circuit — she often performs at seven or eight in a summer — but Norfolk remains one of her top stops. In particular, as a professor of violin at the Yale School of Music, she enjoys the difference in the student-teacher relationship.

“I feel that Norfolk brings the students and faculty together in a different way than we relate at school. It’s more friendly, more casual,” she says. “Playing alongside the students is always a huge treat. Coaching in that environment is all very serious but they’re having fun. It’s a little bit like camp. We stay in cute cabins, eat meals together. We talk about everything. The faculty doesn’t separate from the students. That’s the special feeling of Norfolk: It becomes more human and less professorial.”

As a musician who has been involved in orchestral playing as well as solo performance and chamber music, she also learned a lot of repertoire. “If someone brings a piece to me I’ll probably know it well,” she says. “I enjoy delving into the scores of these works and teaching the kids to do that themselves. It’s important that they know what everyone else [in the chamber group] is doing.”

Kavafian is rewarded by seeing her students improve. “I see growth and that makes me more happy than what happens to me personally,” she says. “I love the success of the students. You can play a great concert, but it’s almost more rewarding hearing your students play incredibly beautifully in a recital or seeing their success in the business.”

That Kavafian has spent her life in music is not that surprising given her family roots. Her father was a violist and her mother was a violinst. “From even the womb I must have felt the vibrations of music,” she laughs. She began piano when she was three. “My aunt was the foremost piano teacher in Istanbul,” she says. “She was inspiring. We would always play a recital every year.”

But while Kavafian made a lot of progress on the piano, eventually she began to feel lonely musically. “Most of the time you’re playing by yourself,” she says. So when her school orchestra needed players, she got a $15 scholarship to play a string instrument. She chose violin because of her mother. “The violin kind of stuck,” she says, noting that the last substantive performing she did on the piano was at Interlochen Music Camp where she won the concerto competition on both piano and violin. “After that I needed to concentrate on one,” she says, downplaying the impressive results. Violin won her focus in part because of the “collegial atmosphere of orchestras” but also because she has small hands. “That’s more of a deterrent on piano than on violin.”

While many musicians focus on one area — a solo career, for instance, or chamber music — Kavafian decided early on to have a varied professional life instead. She has performed with virtually all of America’s leading orchestras, including the New York Philharmonic, Philadelphia Orchestra, Cleveland Symphony Orchestra, Los Angeles Chamber Orchestra, San Francisco Symphony Orchestra, and many others. She is also a renowned chamber musician, and has performed with the Chamber Music Society of Lincoln Center since 1979. Additionally she regularly performs with her sister, renowned violinist and violist Ida Kavafian. “I had a chance to be in a quartet but I decided against it because of my personality,” she says. “I like chamber music and solo challenges, and I was getting those chances.”

“I love what happened to my career,” she continues. “I played with New Haven Symphony for eight years as concertmaster and I played in Seattle as a guest concertmaster for a few years. I have a fantastic chamber music life, and some solo work here and there. It’s combining everything.”