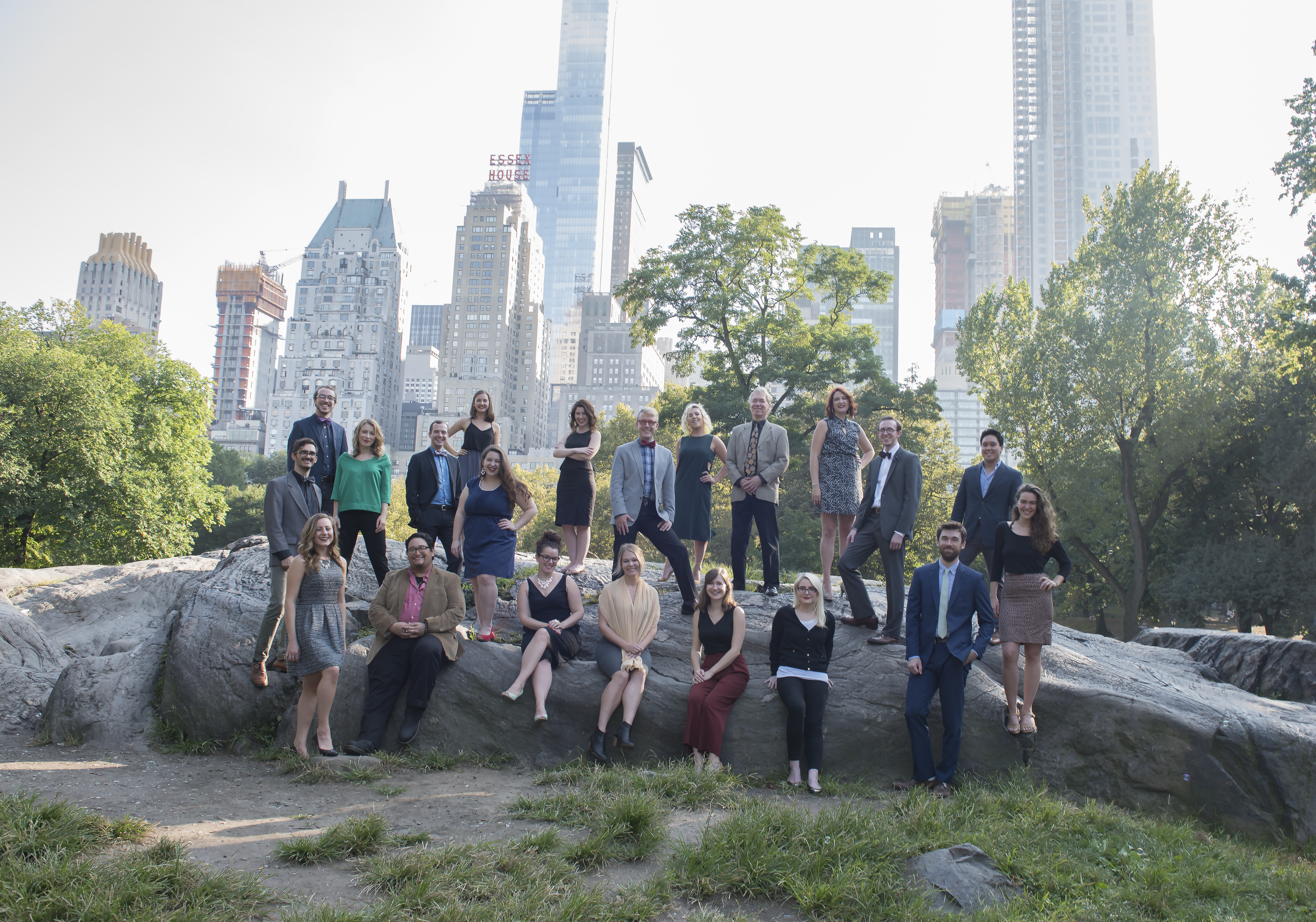 In fall 2012, guitarist Mark Barden enjoyed playing a few gigs with his children James, Natalie, and Daniel. Then, on December 14 of that year, Daniel, a 7-year-old drummer, was among the elementary-school students who were murdered in their classroom at Sandy Hook Elementary School, in Newtown, Conn.

“I made my career as a musician up until the day of the tragedy,” Barden said. “A lot of folks would’ve assumed that music was my comfort” in the aftermath of the massacre. It has not been. “I had to get away from it for a while.”

While Barden will not ever get away from the loss of his son, the loss drives him to protect others from gun violence. Barden is the founder and managing director of Sandy Hook Promise, whose mission is to “prevent gun-related deaths due to crime, suicide and accidental discharge so that no other parent experiences the senseless, horrific loss of their child.”

On Saturday, September 15, Sandy Hook Promise will partner with the New York City-based choral ensemble Inspire in presenting a vocal program called “Don’t Shoot, Just Listen.” A similar program was presented in November 2017 at Union Theological Seminary in New York City. As that program did, “this concert commemorates all those lost to gun violence and seeks to inspire unity and peace,” the ensemble’s website indicates.

Inspire, a “choir for unity” that “seeks to promote unity through the power of song,” per its mission, is led by soprano and YSM alumna Megan Chartrand ’13MM, who serves as the group’s executive director. “Don’t Shoot, Just Listen” is designed, Chartrand said, to take the audience “through a series of emotions that somebody who’s experienced gun violence might go through.” The program will feature members of the Yale Glee Club. “All people appreciate music,” Barden said. “To use that as a platform to connect people is just so powerful.”

Representatives from Sandy Hook Promise will share the organization’s mission and objectives with the audience at the September 15 event. “I think it really gets to the core of what the value of art is in our society,” said Yale Glee Club Director Jeffrey Douma, who is a member of Inspire’s artistic advisory board. “The arts make connections between people, and I think music does that particularly well. It’s something we all have in common.”

In organizing Inspire, the performances the ensemble presents, and the partnerships it enters into, Chartrand sought to use her artistic skills to make a difference in the world. “I feel on a daily basis overwhelmed by things I would like to help and improve,” she said. “Music is a skill that I possess, that everyone in Inspire possesses, and it’s a very powerful tool. We want to alleviate some of the pain in the world.”

Beyond the choir’s performances, she pointed out, “we’re introducing people to organizations that fight this battle on a daily basis. “We feel sort of powerless,” said Inspire soprano Eleanor Killiam ’15 BS, who sang with the Glee Club as an undergraduate at Yale. “This feels like a really great way to use our talents for good, and that feels really rewarding.” Knox Sutterfield ’14MM, one of Inspire’s associate artistic directors, studied choral conducting at the School of Music. “This idea of community building,” he said, “is so essential to our mission.”

INSPIRE: A CHOIR FOR UNITY