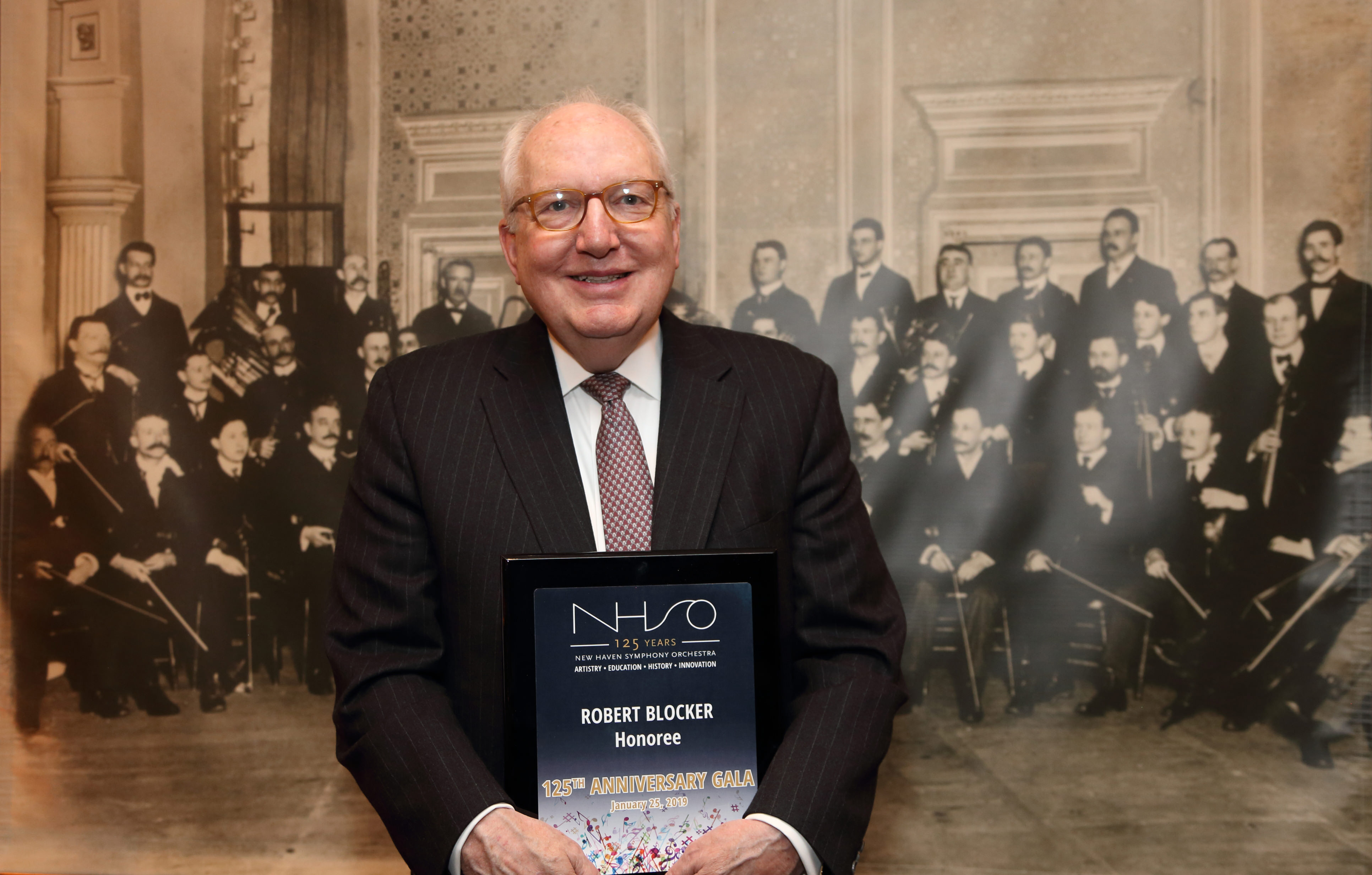 Dean Robert Blocker was honored at the New Haven Symphony Orchestra’s 125th Anniversary Gala on Jan. 25, along with former Yale University Vice President for Global and Strategic Initiatives Linda Koch Lorimer. The NHSO cited Blocker’s steadfast support of the symphony and his dedication to the arts in the New Haven community.

"The New Haven Symphony was delighted to celebrate not only our 125-year partnership with the Yale School of Music, but to honor the valuable contributions of Dean Robert Blocker," the NHSO's chief executive officer, Elaine Carroll, said. "He was selected as our gala honoree because of his many years of service to the symphony’s board of directors, his willingness to share his extensive knowledge of our field, and his wonderful artistry when he has appeared as a piano soloist with the NHSO. On a personal note, Dean Blocker is one of the first people I turn to when I have a 'big picture' question, and he never fails to provide immediate feedback and useful information. It was a real pleasure to see someone who gives so much be acknowledged for his outstanding volunteer efforts on behalf of the symphony."