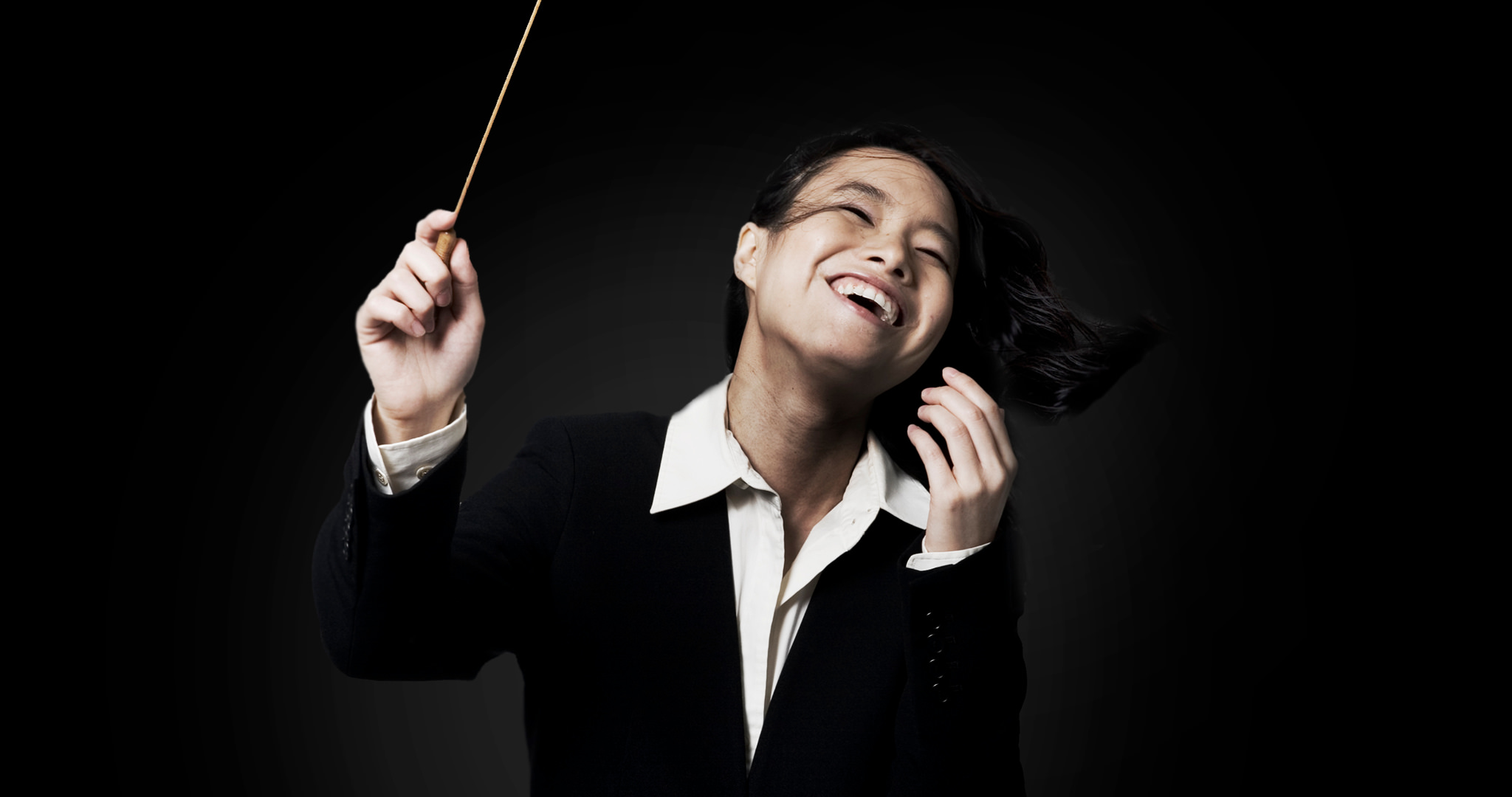 On Friday, April 5, Carolyn Kuan, the Music Director of the Hartford Symphony Orchestra, will lead the Yale Philharmonia in a performance of Igor Stravinsky's Symphony in Three Movements, Aaron Copland's Fanfare for the Common Man and the suite from Appalachian Spring, and Arild Plau's Concerto for Tuba and Strings with Woolsey Hall Concerto Competition winner Jake Fewx '18MM '19MMA.

We spoke with Kuan about the repertoire and the experience she wants the audience to have.

Q: The works by Copland and Stravinsky on this program were all composed during World War II, though with different inspirations and motivations. Copland’s Fanfare for the Common Man celebrates the everyday American, and his Appalachian Spring, a ballet (and, later, the orchestral suite) for Martha Graham, is a musical portrait of new beginnings. Stravinsky’s Symphony in Three Movements is a more direct and personal effort to capture and share impressions of war. What went into your thinking, from a musical standpoint, in putting this program together?

A: I fell in love with Stravinsky’s Symphony in Three Movements at my first job as a conductor-in-residence at the New York City Ballet. It is one of George Balanchine’s most striking ballets and an impressive piece of the company’s core repertoire. Balanchine’s choreography comes from an in-depth understanding of the music, and for a long time I associated the piece more as a ballet than a symphonic work. Stravinsky wrote the piece in his early 60s and was revising The Rite of Spring around the same time. Influences from The Rite of Spring (written when Stravinsky was 31) can certainly be heard in the symphony, blended with elegance, maturity, life experiences, and world events. Interestingly, Stravinsky and Copland were writing their respective pieces at the same time.

As artists, we are influenced by the world around us. It is fascinating to hear these two pieces in the same evening, especially in the chaotic world we live in today. I am very excited to work with Jake Fewx and to share with the audience Arild Plau’s Tuba Concerto. Since it is just under 20 minutes, we thought preceding the concerto with Fanfare for the Common Man, which highlights the majestic brass sounds, and following it with Appalachian Spring, would be a fascinating and rare auditory journey for the audience.

Q: What background information if any do you want the audience to have before hearing these pieces performed?

A: Many people are familiar with the song “Simple Gifts,” with its opening lyrics “’Tis the gift to be simple, ’tis the gift to be free.” I love how Copland was inspired by the melody and borrowed it for use in Appalachian Spring.

Ultimately, both Copland and Stravinsky encouraged the audience to appreciate their music without thinking too much about any potentially relevant programs or stories. For its 1946 premiere, Stravinsky insisted that the Symphony in Three Movements was absolute music, although inspired “by this arduous time of sharp and shifting events, of despair and hope, of continual torments, of tension, and at last, cessation and relief.” He wrote in one of his letters that “if passages from the program notes are used to imply extramusical connotations in my work, I have to disclaim any responsibility for such interpretations.” Supposedly, Stravinsky later provided detailed comments about the symphony, and we know he used music from a previous piano concerto, as well as music for a movie.

Nevertheless, it is always wonderful to just listen to the music, and let it move you and take you on a journey. For Appalachian Spring, either before or after coming to our concert, it is fascinating to explore Martha Graham’s original choreography. Understanding Graham’s original ballet, her movements, and dance languages has certainly influenced my approach to the piece. 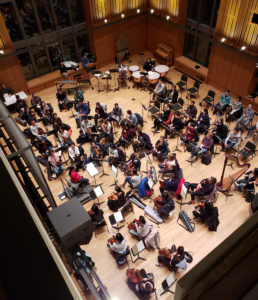 Q: Arild Plau’s Tuba Concerto—any tuba concerto, for that matter—will be a new experience for most audience members. Does that place any extra responsibility on you?

A: For me, when it comes to a concerto, my job is to accompany and support the soloist, not unlike a piano accompanist. Almost always, soloists have spent countless hours shaping their vision and relationship with the concerto. I love sharing new sounds with the audience—sometimes in the form of unusual solo instruments such as the tuba, koto, pipa, sheng, bagpipe, etc; other times in the form of unusual sounds created by composers through fascinating instrumentation.

Q: Do you take a different approach to conducting a student ensemble than you do a more seasoned orchestra?

A: The Yale Philharmonia is an impressive orchestra, and in many ways stronger than many professional orchestras. All the orchestras I work with, including the Yale Philharmonia, play at an incredibly high level. For me, the approach is always the same, which is to make music and give everything we have in the pursuit of excellence, passion, depth, and exploration.

Q: Many recordings have been made of the works by Copland and Stravinsky that you’ll be performing with the Yale Philharmonia. Why are live performances of this music important? Why should people seek out concerts like this?

A: There are so many reasons! Attending live performances is a shared experience that is completely different than listening to music on Spotify, Pandora, or on a CD. Audience members often don’t realize they are an active and integral part of a concert experience. As performers, we can feel the energy of an audience. There is often an unspoken chemistry—as the energy between performers and audience builds, it sometimes becomes electrifying, and there is nothing quite like it. Technology has come a long way. However, watching a movie on TV is still a very different experience than seeing it in the movie theater. Even with the best sound system, there is no comparison to hearing these great symphonic works live—the glorious full strings, the exquisite beauty of a flute, the magnificent brass, the powerful drums, and so much more!

Guest conductor Carolyn Kuan leads the Yale Philharmonia in a performance of Stravinsky’s Symphony in Three Movements, Copland’s Fanfare for the Common Man and the suite from Appalachian Spring, and Arild Plau’s Concerto for Tuba and Strings with Woolsey Hall Concerto Competition Jake Fewx, on Friday, April 5, at 7:30 p.m. in Woolsey Hall.