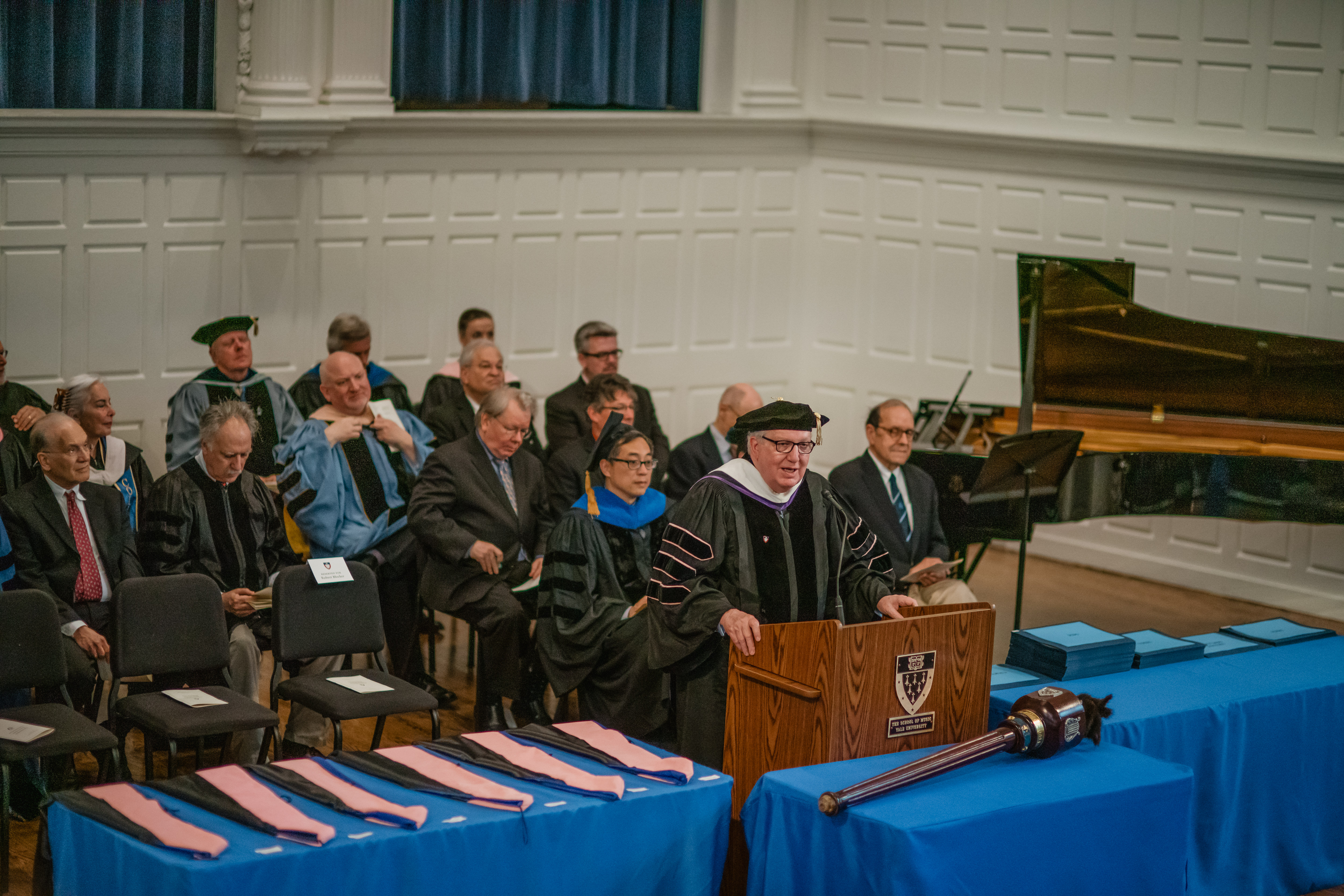 In his remarks to members of the Class of 2019 during the School of Music’s 126th Commencement on May 20, Dean Robert Blocker told graduates, “The world needs you! It is gasping for the oxygen that your talent and sense of justice can provide.”

Blocker lauded the work members of the graduating class did to make their community a more welcoming place for those who call the School home, even for a few relatively short years. He cited OutLoud, the School’s first-ever affinity group, which seeks to create a safe space for LGBTQ students, faculty, and staff. And he praised the YSM Black Collective, whose leadership, “with courage, kindness, and restraint, called on our community to become better educated about unconscious and implicit bias.” Blocker also referenced the Music in Schools Initiative and the School’s Declaration on Equity in Music for City Students in pointing to the School's commitment to advocacy and action.

Faculty trumpeter Allan Dean and faculty and University organist Thomas Murray performed Schubert’s An die Musik, which students, faculty, and staff sang, in keeping with School tradition. For Dean and Murray, the performance marked the end of decades-long careers at Yale. Both retired at the end of the academic year.