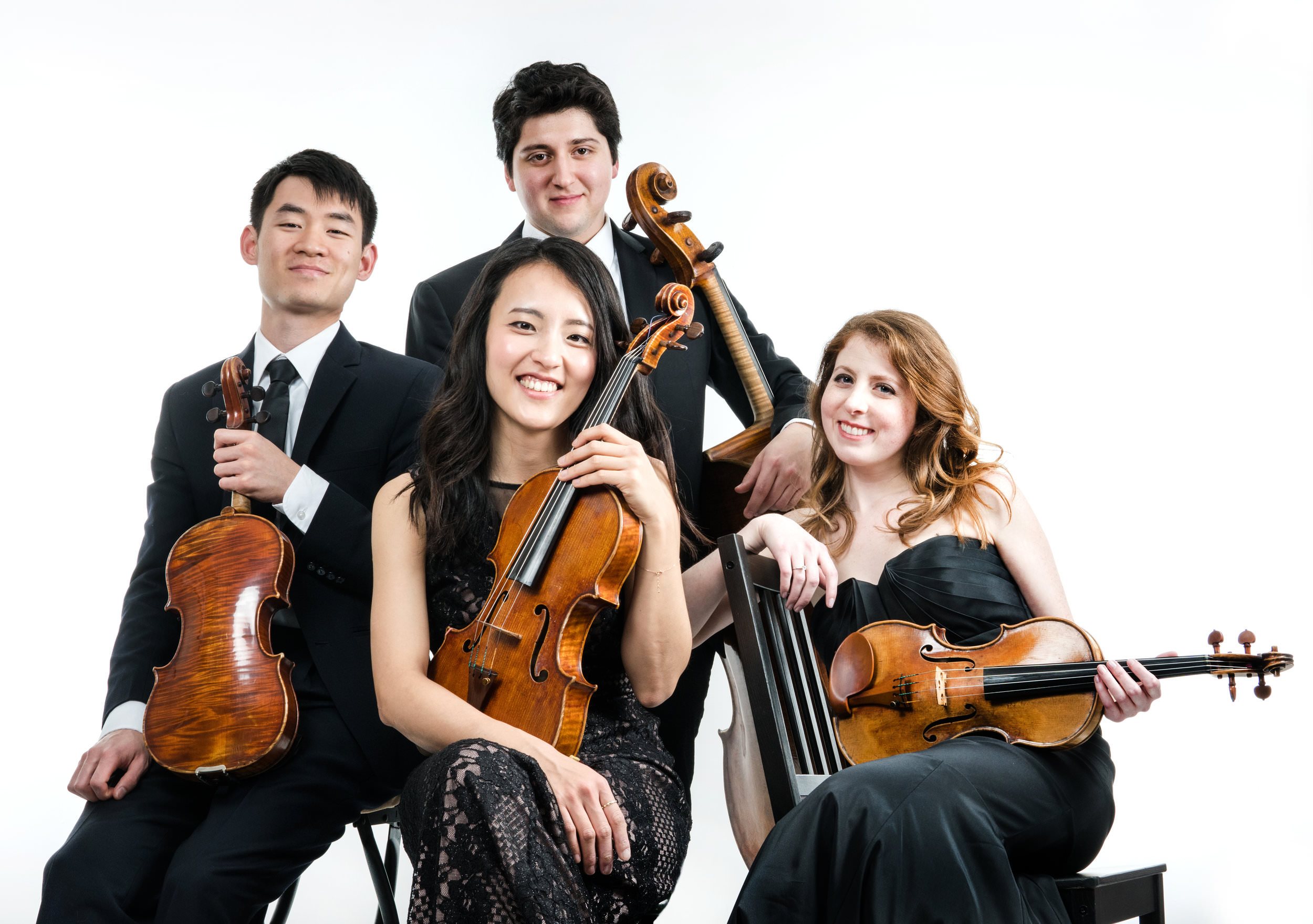 The Omer Quartet has been named the new fellowship quartet-in-residence at the Yale School of Music. During its two-year appointment, which begins in the fall, the quartet will be mentored by the School’s ensemble-in-residence, the Brentano String Quartet, and will coach undergraduate chamber music ensembles at Yale College’s Department of Music.

The Omer Quartet, which succeeds the Rolston String Quartet as YSM’s fellowship quartet, includes violinists Mason Yu and Erica Tursi, violist Jinsung Hong, and cellist Alex Cox. The quartet won the Grand Prize and the Gold Medal at the Fischoff National Chamber Music Competition in 2013 and was a first-prize winner at the 2017 Young Concert Artists International Auditions, among other distinctions. The quartet was formed at the Cleveland Institute of Music and later served a graduate residency at the New England Conservatory. The group has collaborated with such respected artists as Sérgio and Odair Assad, Eugene Drucker, Clive Greensmith, Kim Kashkashian, Cho-Liang Lin, Ricardo Morales, and the Borromeo String Quartet, and has collaborated with composers Perry Goldstein and Sean Shepherd. The Omer Quartet comes to Yale having served as chamber-ensemble-in-residence at the Bravo! Vail Music Festival and as the doctoral fellowship quartet-in-residence at the University of Maryland.

Committed to community engagement, the quartet inaugurated a Music for Food concert series in the Washington D.C. area with the mission to support local hunger relief with a Tarisio Trust Young Artists Grant. The concerts involved local and out of town guest musicians and raised almost $5,000, creating over 10,000 meals to date.

Learn more about the ensemble at omerquartet.com.