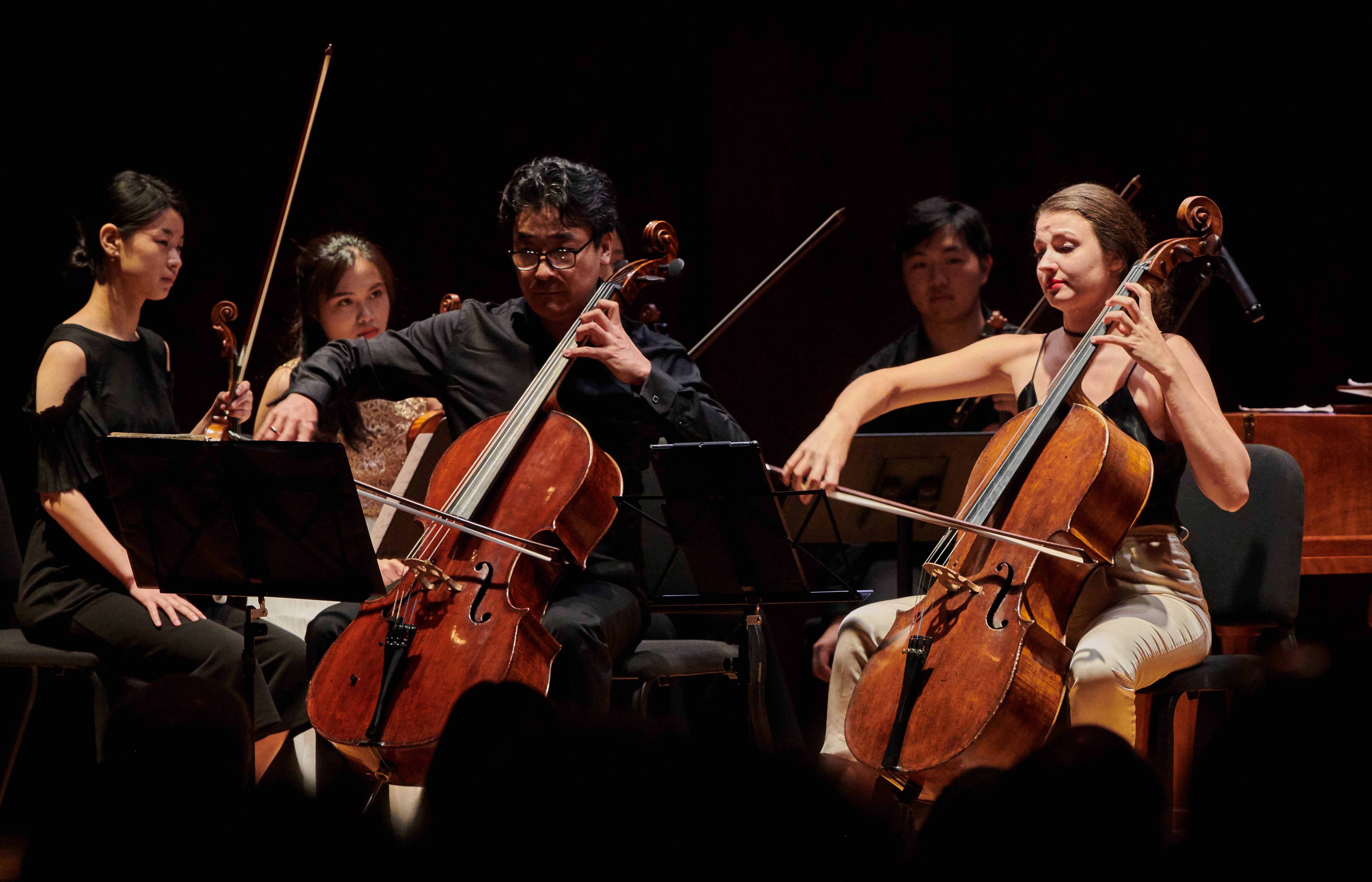 Cellist Clare Bradford credits friends with putting the Norfolk Chamber Music Festival on her radar. “I had been wanting to go to a high-level festival,” she says. Then friends who attended the previous summer started talking about Norfolk. “I heard it changed their lives, that it was the most amazing summer ever.” So Bradford applied, and she loved it so much she’s reapplying this summer.

Unlike some, Bradford attended Norfolk as a roving musician. In other words, she did not apply as part of a pre-formed chamber group. Instead she applied as an individual and played in five or six different groups over the summer. She loved the variety the experience offered her. Bradford ticks off a typical day: 10-12 rehearse, 12-1 lunch, 1:15-2:30 more coaching, 3-5 rehearse, dinner at 6, and then that night’s concert.

Bradford’s first group was particularly memorable. “The group connected and clicked so well together,” Bradford says of working with Brentano violinist Mark Steinberg on Mozart. “It was two weeks of non-stop inspiration.”

Overall, Bradford loved the roving musician option. It provides so many opportunities to learn how to work with different people and personalities. “At festivals like Norfolk, you don’t have to worry about playing with people who can’t play. It’s about do we get along as musicians playing together.”

“If you’ve had the ‘it’ moment [of finding people you easily click with musically] and it was the beginning of the summer, then maybe that’s a problem, if you find someone you want to play with the rest of the summer,” Bradford adds. “You always click with some and don’t with others. It’s all part of learning to negotiate that. It’s a learning experience no matter what.”

Bradford credits cellist Yo-Yo Ma with getting her interested in the cello. She was raised listening to classical music — both her parents are musicians — but it was Ma’s rendition of Bach’s Suites for Cello that lured her to the instrument. She was 4 when she asked about cello lessons. “My parents said I was too young,” she says. “I’m pretty sure I threw a few tantrums and then got my way.”

At age 7 she was invited to play as a guest soloist in a master class for legendary cellist, Mstislav Rostropovich, and later that same year was invited as a guest artist on the Pittsburgh Symphony’s children’s concert series, Fiddlesticks. Bradford has appeared as a soloist with the Ambler and Old York Road Symphonies, and made a second appearance with the Pittsburgh Symphony as the first prize winner of the Duquesne Young Artist Concerto Competition. Besides Norfolk, she has spent her summers studying at the Aspen Music Festival, Heifetz Institute,  Bowdoin International Music Festival, and Kyoto International Music Festival. She received her bachelor of music in cello performance from the New England Conservatory studying with Paul Katz, and her master in music at the Juilliard School where she studied with Joel Krosnick.

While Bradford waits to hear if she can attend Norfolk again, she’s busy prepping for orchestra auditions. “I’ve got 6 figures of debt after so many years of music conservatories,” the 24-year-old says of her decision to focus on orchestral opportunities right now. “I need to have some financial stability. I also view the orchestra as a community of people you can use. It’s lonely to be on the road all the time. Being around a community of orchestral players is very powerful. I would love to start my own chamber music series or short festival. It’s important to have stability in your life. An orchestra helps provide that.”

“If I could have my choice in life, I would be a chamber musician. In my dream world I’d be telling you I’m an aspiring chamber musician,” she says, adding, “You have to be open to wherever the wind takes you as a musician in a career.”

Meanwhile, Bradford says she’ll continue to play as much chamber music as she can while she dreams of going back to Norfolk. “The setting is unbelievably beautiful,” she says. “I thought I would go mad after six weeks in a tiny, tiny place where you can’t go anywhere after 9 p.m. but the people are so awesome to hang out with.”

“It’s a single-minded thing,” she says. “You can work on it all day and you’re not that exhausted. It’s a non-stop peaceful musical retreat.”