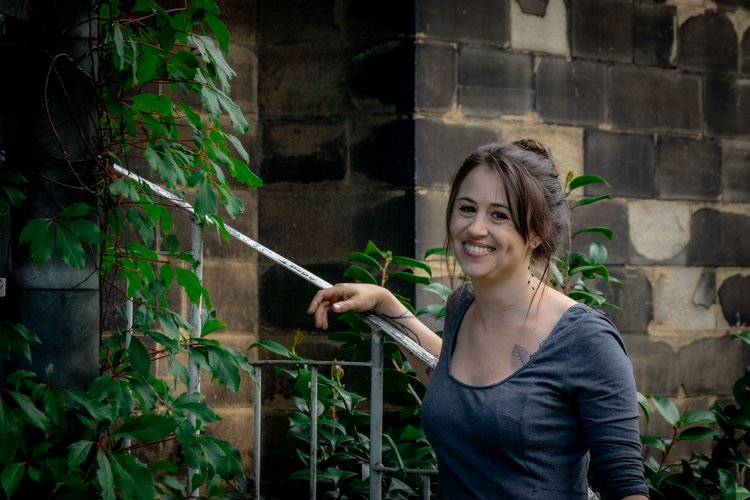 Please join us in applauding the accomplishments of our outstanding alumni.

Creative Health for Pianists: Concepts, Exercises & Compositions by Pedro de Alcantara ’83MM will be published in May by Oxford University Press.

In February, Ensemble Modern will give the premiere of waste knot, for soprano, large ensemble, and amplified Dictaphones, by YSM faculty composer Katherine Balch ’16MM, and the Los Angeles Philharmonic will premiere Balch’s all around the sea blazed gold, for sinfonietta, on the orchestra’s Green Umbrella Series. In April, the Dallas Symphony Orchestra and cellist Zlatomir Fung will premiere Balch’s whisper concerto, and in May the Darmstaadt Staatstheater Orchestra will give the European premiere of the concerto with cellist Maximilian Hornung. Balch was a recipient of New Music USA’s Amplifying Voices grant, through which a new work was co-commissioned by the Pittsburgh Symphony Orchestra and the New York Philharmonic for the 2024-2025 season.

Trumpeter Benjamin Berghorn ’04MM is serving as Visiting Professor of Music at Lamar University in Beaumont, Texas, for the 2022-23 academic year.

Tenor Ryan Capozzo ’21MMA, a member of the Ryan Opera Center Ensemble, made his Lyric Opera of Chicago debut singing Remendado in a springtime production of Carmen.

Bryce Dessner ’98BA ’99MM returned to campus for a multiyear residency at the Yale Schwarzman Center during which the guitarist and composer is commissioning and curating new works from Julia Bullock (with Carolyn Yarnell ’89MM), Ash Fure, Nathalie Joachim, and Anna Thorvaldsdóttir that will be premiered at Yale. The residency will also explore Dessner’s work with opera and theater director Kaneza Schaal.

Flutist Jake Fridkis ’14MM ’15AD was nominated for a Grammy Award, in the “Best Rap Album” category, for serving as a contributing writer and producer on DJ Khaled’s recording God Did.

Horn player Marian Hesse ’85MM retired from teaching in 2020. Hesse still performs around the world with the Chestnut Brass Company, an ensemble with which she has made more than 20 recordings, including Hornsmoke: The Music of Peter Schickele, which won a Grammy Award.

Violinist Sirena Huang ’19AD won the Gold Medal at the 11th quadrennial International Violin Competition of Indianapolis. The prize, according to the Indianapolis Star, includes “$75,000 cash, a recital debut at Carnegie Hall, recording contract, and website development and maintenance for four years.”

Perspective, the latest album from composer Molly Joyce ’17MM (released on New Amsterdam Records), features interviews with disabled people discussing what access, care, and interdependence have brought to their lives.

Works by faculty composer Aaron Jay Kernis ’83 that recently received premieres include Edensongs (with text by Peter Cole), written for the Yale Schola Cantorum, at Woolsey Hall on Feb. 19, Grace for cellist Matt Haimovitz, On Hearing Nightbirds at Dusk for harpist Yolanda Kondonassis, and Sky Music, performed by YSM students in Morse Recital Hall in Sprague Memorial Hall. Upcoming performances include a portrait concert featuring a chamber version of Kernis’ Earth, for tenor Nicholas Phan, and Goblin Market at the Curtis Institute of Music in March, and a performance of the orchestral vision of Earth by Santa Fe Pro Musica.

Soprano Magdalena Kuźma ’21MM made her Metropolitan Opera debut singing Giannetta in a production of Donizetti’s L’Elisir d’amore in April.

Pianist Linda Lee ’23MM was a co-Second Prize winner at the Giorgos Thymis International Piano Competition in Thessaloníki, Greece. In addition to earning a cash prize, Lee will return to Greece for performances next season.

Violinist Ruda Lee ’15MM ’17MMA performed with the Yale Alumni Chamber Music Society in Hong Kong as part of a charity concert organized by the Might Oaks Foundation in November.

Composer Andrew Norman ’09AD was appointed Associate Professor of Composition at the USC Thornton School of Music and will begin serving in that capacity in fall 2023.

Salve Mater by composer Tawnie Olson ’99MM ’00AD received its premiere in Toronto in November. The piece was performed by the Tafelmusik Chamber Choir, conducted by Ivars Taurins. Salve Mater, which sets a new Latin text inspired by the Salve Regina, was commissioned by Tafelmusik.

Prayer for Israel by composer Max Stern ’70MM was presented at the 14th European Cantors Convention at the Rumbach Synagogue in Budapest. The work was performed by the Hungarian chamber choir Kecskemet Singing Circle led by conductor Peter Erdei, who was Director of the Kodály Pedagogical Institute of the Liszt Academy of Music for more than 30 years.

Composer Samantha Wolf ’21MM ’22MMA was appointed Artist-in-Residence at the Longy School of Music in Boston. Under the mentorship of composer Amy Beth Kirsten, the two-year appointment will allow Samantha to compose and present her first opera, a surrealist dark comedy set in a game show.

Pianist Naomi Woo ’12BA ’13MM won the Virginia Parker Prize. Administered by the Canada Council for the Arts, the award recognizes “a musician, instrumentalist or classical music conductor … who demonstrates outstanding talent, musicianship and artistic excellence and who makes a valuable contribution to artistic life in Canada and internationally,” the Council explained in its announcement.

Percussionist Kevin Zetina ’20MM ’21MMA was appointed Lecturer of Percussion at the University of Tennessee, Knoxville.

Submit your news by March 1 to be included in our next update.