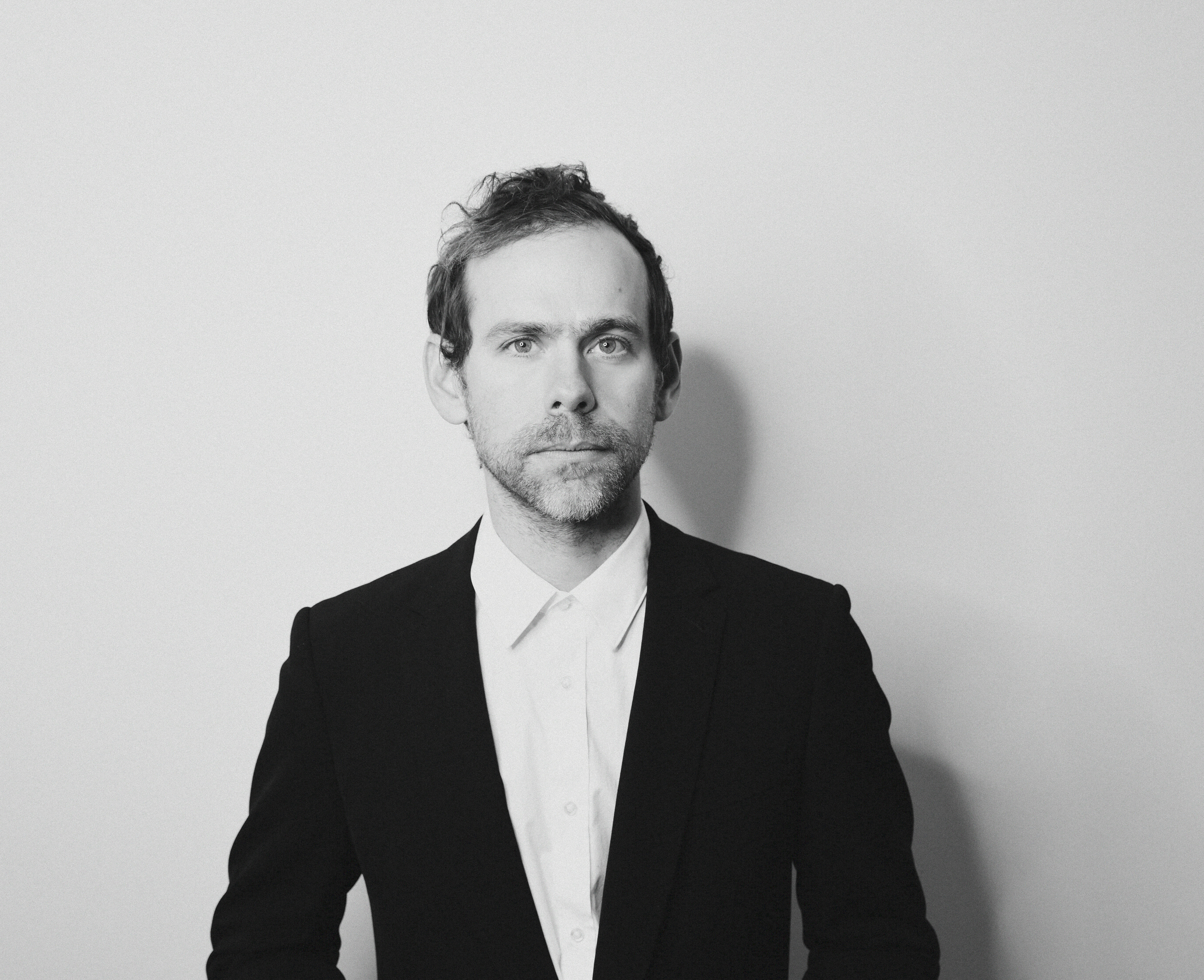 Bryce Dessner ’98BA ’99MM, whose work with his band The National and collaborations with such artists and ensembles as Philip Glass, Alejandro González Iñárritu, Esa-Pekka Salonen, Katia and Marielle Labèque, Steve Reich, Paul Simon, Taylor Swift, ensemble intercontemporain, the Kronos Quartet, Los Angeles Philharmonic, and others has established the guitarist and composer as a curious and adventuresome creator, is returning to New Haven for a multiyear residency at the Yale Schwarzman Center. This year, Dessner is curating and commissioning new work from Julia Bullock (in collaboration with YSM alum Carolyn Yarnell ’89MM), Ash Fure, Nathalie Joachim and Anna Thorvaldsdóttir that will receive premieres at Yale, while subsequent years will expand on past collaborations with theater and opera director Kaneza Schaal.

In an interview with the Yale Schwarzman Center, Dessner said, “Julia, Ash, Nathalie, Kaneza, and Anna are artists with a capital A—they defy genres and blur boundaries between space, composition, and performance. … I’m excited to harness our collaborative energy as we build a community for students, local musicians, and in my case, old colleagues, and friends—to be able to expose them to new kinds of experiences, and all the possibilities within and beyond the music industry.”

We spoke with Dessner about his time at and return to Yale, and the opportunities the Schwarzman Center residency offers all involved—from artist to audience and from Yale to the wider community. What follows is our recent conversation with Dessner.

Q: When you enrolled here, did you have a vision for what your career would look like post-Yale?
A: I came to Yale in 1994 as an undergrad, and I was playing a lot of music. I had been studying at the conservatory in Cincinnati and was becoming a serious classical guitarist and writing music and playing in a band with my brother Aaron at that time. One big step for me was wandering sort of naively into the School of Music. I started going to concerts—I really fell in love with music at Yale—and it kind of opened my mind. I don’t think I ever thought that I’d have as diverse a career as I’ve had since. Yale was certainly the portal through which I walked. And the Yale School of Music specifically was just a very welcoming, very creative community. I quickly had access to a lot of different types of classes and I was auditing seminars and meeting (people) like Martin Bresnick, Benjamin Verdery, even Dean (Robert) Blocker, or other students at the School of Music. It was good for me to see artists digging into their work in a really intense way. And I think that experience early on for me really helped shape what I would later commit myself to doing.

Q: Can you speak to how your time here reflects the collaborative spirit you bring to your work today?
A: Yeah. I did the five-year double degree (BA/MM), but the whole (time) I was taking classes, I was auditing classes at the School of Music. I met Ingram Marshall, and I would play him my music. He was—rest in peace—an incredible artist and composer. It was during the time Evan Ziporyn (’81BA) was there. I mentioned Martin Bresnick (and) Ben Verdery, who’s a very close friend of mine. I was able to be a part of classes, and specifically the resources available in the School of Music and Department of Music. This is pre-Spotify, pre-YouTube, pre-internet. I was a kid from Ohio who was playing and writing contemporary chamber music, who was writing songs for a band. Just discovering that this world of music existed was mind blowing. I would spend whole days in the music library just listening to recordings. And I would go to as many student recitals as I could, because for me, it was the first time I was hearing so much amazing new music. I remember hearing a concert of Ned Rorem’s music, and he was there to give a talk afterwards. I think New Music New Haven, especially—those concerts were really, really interesting. I think for me the opportunity at the Schwarzman Center is to build on that. The Commons is symbolically the heart of Yale University. So as a creative space there’s a lot of potential. I did have a very good experience at Yale as an undergrad and as a graduate student. And it definitely informed my work after. It was the beginning of an education, that my life and career would also be about learning and being challenged by new experiences. And I think that’s what a good education is. There’s always something to learn, especially from those around you (who) don’t share your background, who don’t share your same expertise. I think that, for me, has been the secret to my career: really being open.

Q: As a student, you weren’t singularly focused on classical guitar. How do you think places like YSM, conservatories, and/or training programs could be set up to serve students whose focus isn’t so singular?
A: The nature of a conservatory or graduate school like the Yale School of Music is to give students a period of time of singular focus on perfecting their art and finding themselves through intense practice and work with their professors. The intensity of this type of training does naturally create a kind myopic and deeply personal view of music. While essential for personal development as an artist, on the other side, this narrow vision runs contrary to what I have found has best served me in my professional life. So I think it’s very important for musicians at Yale and artists in general to be open to a larger community and be actively seeking out collaborations with other musicians and composers and especially artists in other fields. In fact, the deep resources of Yale and New Haven just in terms of its community of students and professors is something that you will not find elsewhere in such a concentrated and open way. My hope is that the Schwarzman Center plays a role in opening up dialogue between the various communities at Yale and in New Haven and facilitating that community building.

Q: What do you hope to get out of the residency? Is there something other than the fostering of creativity itself that you hope will come from this?
A: Selfishly, I’m really excited to come back to Yale. I’m excited to come back to the community of New Haven and to have that be another stop on my journey and to interface with students, community members, professors, and old colleagues and friends. There are a lot of people who played an important role in my life who are still there. I’ve obviously been out in the world doing a lot since then, so I’m excited to bring back some of what I’ve learned elsewhere. I am a product of New Haven and the Yale experience. But my career is quite unique, so I have experiences I can share. I hope it’s an opportunity to create some interesting dialogues and to facilitate similar experiences. But I think everyone finds their own path, so it’s not necessarily prescriptive. For me, specifically, if creative projects and new collaborations come out of the residency, that’s very exciting. I think the Schwarzman Center is really looking into commissioning projects and creating new works that are site specific for the Center, and that’s very exciting because it’s putting things into the world that wouldn’t exist otherwise.

Q: How might your residency reach the community outside of Yale?
A: I think that it’s really important that the Schwarzman Center play a role in the larger New Haven community. I think for sure the fact that the Schwarzman Center can exist within the University and also in a larger way help (offer) access to the world around it, is really interesting and exciting to me—and also offers a new dimension to current generations that will be different from my experience as a student. I’m excited to be in conversation with the Center, and also with the important institutions like the School of Music around it.

This interview has been edited for length and clarity.