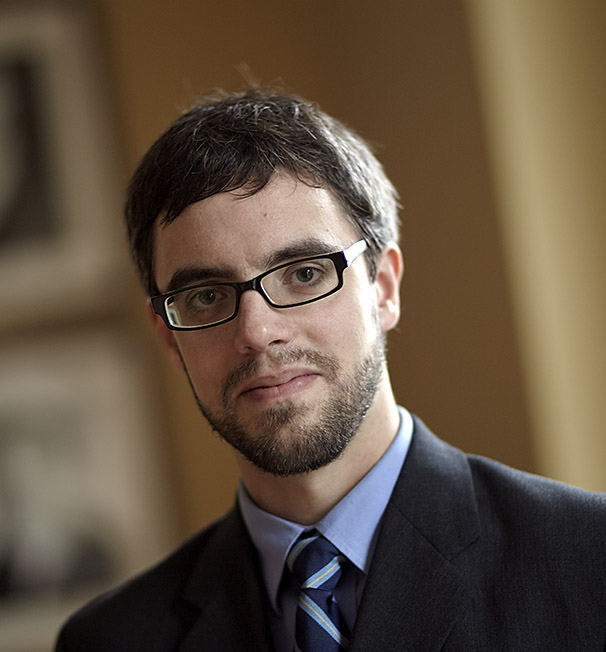 In anticipation of the Yale Philharmonia's May 7 performance of Dvořák’s Ninth Symphony, "From the New World," we spoke with YSM Associate Professor Adjunct of Music History Paul Berry about the piece's origins, influences, and legacy.

Q: Dvořák’s Ninth Symphony, “From the New World,” was composed during the Bohemian composer's time in the United States in the late 19th century. What was the historical context in which Dvořák wrote this symphony?

A: From Dvořák’s standpoint, precariously exciting. He had been lured (head-hunted, we would say today) away from Prague with the promise of 25 times his usual salary to become the artistic director and professor of composition at a brand new school in New York, the National Conservatory of Music, brainchild of the Gilded Age philanthropist Jeannette Thurber. He arrived in 1892 and taught until 1895, when a drop in the stock market wiped out Thurber’s holdings and she could no longer afford to pay him. The ambition with which the National Conservatory was founded and the speed with which it collapsed were both characteristics that Dvořák perceived as quintessentially American. Compared to their European counterparts, the students he taught and the citizens he met in New York in the 1890s struck him as unencumbered by the past and boundless in their aspirations, but, at the same time, almost shockingly unsupported by any social safety net, and, therefore, too often constrained in their achievements. Dvořák himself had benefited from the financial assistance of the Austrian state, whose support, along with that of other composers such as Johannes Brahms, had lifted him out of obscurity and allowed him to present his compositions to a pan-European audience. He was dismayed at the lack of systematic support for the arts in the United States but fascinated by the intersection, in one country, of so many cultures and dreams. Such dreams were embodied in students like Henry Thacker Burleigh, the first Black singer to hold a church job in New York and later a collaborator with Booker T. Washington, who served as Dvořák’s copyist as well as his student and taught him songs his enslaved grandparents had sung to him.

Q: While organized in a familiar form, the work takes as its influence music associated with minstrelsy, slavery, and Native American culture. How can audiences today understand Dvořák’s intentions?

A: As the name National Conservatory implies, during his time in the United States Dvořák understood his mandate to include not only the instruction of young composers but also the consolidation and promotion of a specifically American brand of notated concert music, analogous to the various nationalist musics that had emerged on concert stages throughout Europe in the century following the French Revolution. Thurber had hired him precisely because of his success in creating what was perceived as a Czech nationalist sound, built on the overlapping foundations of Classical convention and Bohemian folksong and folkdance. Like his European contemporaries, from Grieg and Mussorgsky to Samuel Coleridge Taylor, Dvořák located musical nationalism in the shared sense of regional nostalgia provoked by borrowed or simulated folk tunes. In an 1895 article in Harper's New Monthly Magazine, he conjured up a typical American listener and asked: “What melody could stop him on the street if he were in a strange land and make the home feeling well up within him?” In a country of myriad European immigrants, African diaspora, and displaced indigenous peoples, this was not an easy question to answer, but, even so, Dvořák's solution was deliberately provocative. Based on his abiding interest in the musics of opposed minorities, his reading in early ethnographic literature, and the assistance of Henry Burleigh, he settled on the vanishing musics of Native Americans and the descendants of enslaved Africans as his source material, a decision that entangled European concert music in the stereotyped appropriation of racial and ethnic difference that American listeners had already encountered in popular entertainment like the blackface minstrel show. Indeed, as Dvořák knew, some of the songs that Burleigh sang to him were not slave songs but minstrel show melodies by Stephen Foster, and the supposed Native American tunes he studied were often just as far removed from their origins.

The symphony he created, which enfolds these lightly exoticized tunes in the larger formal structures and orchestral textures of contemporaneous European concert music, is as provocative today as it was at its premiere in 1893, but for different reasons. At the time, by honoring Black and Native musics above those of white European immigrants, Dvořák's choice of vernacular influences implicitly questioned the lack of federal support for Reconstruction and Indigenous rights while scandalizing many American-born composers. The Boston-based Amy Beach, for instance, publicly proclaimed the folk music of Irish immigrants more meaningful for American listeners of European descent; her Gaelic Symphony of 1896, the first symphony by a woman to be composed and performed in the United States, stands as an imposing monument to her disagreement with her Czech competitor. Today, however, Dvořák’s treatment of his source material cuts against the grain of our widely held assumptions about ethnicity, culture, and ownership, even as his compositional craft and musical storytelling compel our ears. Coming to terms with Dvořák’s intentions therefore also entails coming to terms with our own expectations of music and musicians from the past.

Q: Who were Dvořák’s audiences for this symphony, and what is the piece’s musical legacy in terms of the development of the form and concert music in general?

A: Dvořák had to balance the expectations of two very different audiences. The first was American and radiated outward, across the Northeast, from the concert-going public in New York, where the symphony had its premiere. Among these listeners, notwithstanding some pushback concerning his choice of vernacular influences (especially from the entrenched musical establishment in Boston), the piece was a resounding success. The second audience was European and radiated outward, across the continent and the English Channel, from the music-buying public in Berlin, where the piece was published. These listeners, for whom the United States itself was an exotic landscape and its formerly enslaved citizens and exterminated native peoples the stuff of romanticized legend, had fewer qualms about the sources of Dvořák’s borrowings. It was for them, after all, that the composer had devised his title for the piece: not the New World Symphony, as it is often called here today, but the Symphony From the New World. They, too, devoured copies and performances of the work. For them the piece was the latest and one of the most compelling in an ongoing series of nationalist statements in symphonic genres that were consumed in European cities as exotic curiosities, and its influence opened up the European marketplace to further contributions from the likes of Jean Sibelius. For listeners and composers in the United States, however, its legacy was deeper and wider—in fact, it was overwhelming. Because the work combined consummate craftsmanship with provocative borrowed material in ways that could be productively interpreted from many contradictory perspectives, its shadow fell across virtually every new American symphony for decades. Among its most fascinating descendants are the first symphonies of William Grant Still, William Dawson, and Florence Price, three Black American composers from the early 20th century, each of whom found ways of turning the influences and musical language Dvořák had developed to new expressive ends.

My guess is that Dvořák would be ecstatic to have written a piece within which composers so different from himself could search for and discover their own voices. Listen to the very end of his symphony. Here, after the characteristic melodies of all four movements have reappeared and recombined with one another, an aural enactment of the cross-cultural mingling Dvořák understood as foundational to America’s national character, the finale’s theme builds up toward the strongest, most militant climax in the work. But just when we think we are meant to perceive a young nation emerging triumphant from the struggles of independence and civil war, the climax recedes, and the symphony ends quietly, a wisp of sound in the woodwinds and brass. Rather than carving his vision of the United States in stone, Dvořák leaves it open-ended, questioning its implications and the assumptions of its audiences, inviting future generations to imagine the nation and its music anew.

The Yale Philharmonia, led by Principal Conductor Peter Oundjian, will perform Dvorák’s Ninth Symphony, "From the New World," on a May 7 program that also includes Toru Takemitsu’s To the Edge of Dream, with soloist and YSM guitarist Roberto Granados ’20MM ’21MMA ’22AD, and Britten’s Four Sea Interludes from Peter Grimes. Learn more here.