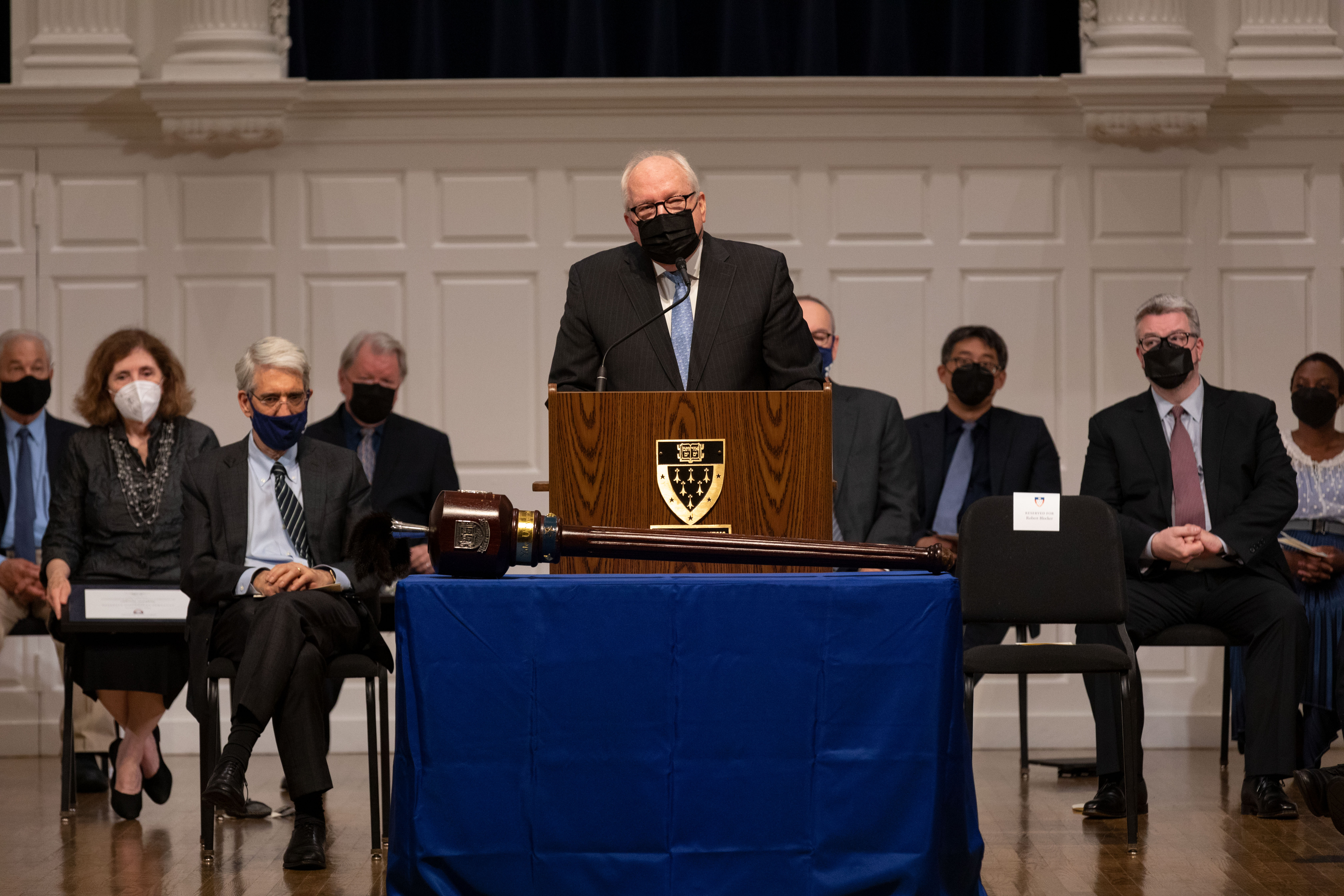 The Yale School of Music held its traditional Convocation on September 9, two years after the last time incoming and returning students, faculty, and staff gathered in Morse Recital Hall to mark the start of a new academic year. In an evening marked by celebration, it was music, most of all, that signaled a shared optimism that had seemed distant a year before. “What, you might ask, could my music and my life bring to a world seemingly intent on annihilating itself?” Dean Robert Blocker asked, explaining, “We bring hope—in consoling strains and bursts of anger, in steady pulse and unending syncopations.”

While words from the School’s Dean and other dignitaries encouraged new and returning students to feed their curiosities and exercise their voices, performances by the School’s faculty said just as much. New faculty violinist Tai Murray spoke volumes through a performance, with pianist and Deputy Dean Melvin Chen, of Lili Boulanger’s D’un matin de printemps—a performance that woke the hall and filled it with cathartic applause. Faculty cellist Paul Watkins, with Blocker at the piano, played Schubert’s An die Musik, returning tradition to the YSM community and reminding those in attendance of their common purpose.

As much as Convocation celebrated the School’s students, it also offered Blocker a chance to recognize those who keep them healthy and inspired. He presented the School’s Cultural Leadership Citation to Krista Johnson, YSM’s Concert Office Manager and Health and Safety Leader, and Dr. Stephanie Spangler, the University’s Vice Provost for Health Affairs and Academic Integrity, Title IX Coordinator, Clinical Professor of Obstetrics, Gynecology, and Reproductive Services, and COVID-19 Coordinator “for what they have done for us and what they are still doing.” The citation recognizes Johnson and Spangler “for extraordinary service to music during the global pandemic.” Blocker presented the School’s Gustave Jacob Stoeckel Award to faculty horn player and Director of the Morris Steinert Collection of Musical Instruments William Purvis. The award recognizes individuals who “have made extraordinary contributions to the Yale School of Music.” Purvis, Blocker pointed out, was able to “salvage the making of music in person for brass and woodwind students” last spring by organizing outdoor performances, an effort Blocker described as a “miracle.”

Yale University President Peter Salovey announced that longtime faculty violinist Syoko Aki plans to retire at year’s end, and that her studio will be named in her honor. Salovey also announced that he plans to recommend to the Yale Corporation that faculty clarinetist David Shifrin and faculty cellist Paul Watkins each receive an endowed professorship—Shifrin the Samuel Sanford Professorship, named after the pianist who served on the School’s faculty at its inception, and Watkins the inaugural Polak Family Professorship, which was created in honor of former Yale Provost and current William C. Brainard Professor of Economics Ben Polak, who was in attendance. Current University Provost Scott Strobel formally recognized matriculating students and welcomed anew returning students whom he could not officially welcome last year.

“How will you influence the world that is yours to share with billions of other fellow human beings?” Blocker asked students in his address. “Your musical commentaries can bring disparate peoples, creeds, and values to a more meaningful civil discourse,” he said. “History chronicles the absolute importance of the artistic voice in matters of public morality, for we teach and model values through our artistic and personal choices. Those artistic and personal choices will determine who you are and who you will become.”

Sentimental as the evening was, it was also festive. Convocation attendees left the hall dancing to the rhythms of Trinidadian music performed by the Yale Percussion Group. 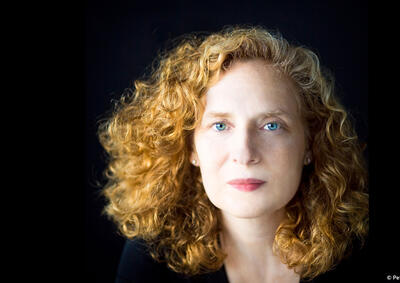 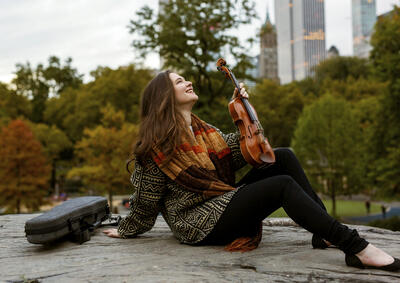