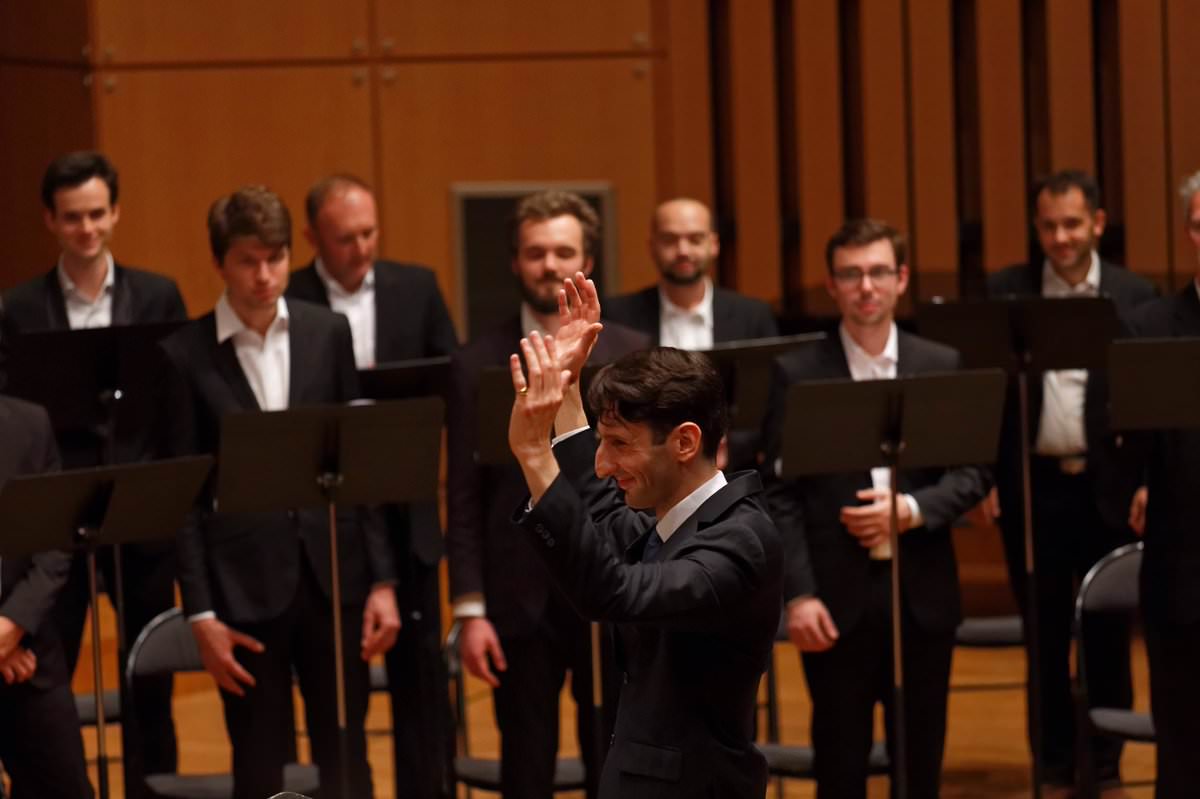 While it might seem odd for someone who’s most interested in conducting to also be required to sing in the choir, that dual experience is precisely one of the reasons Norfolk Chamber Music Festival’s choral program is so unique and appealing.

“It’s absolutely crucial to helping us tweak and fine tune our craft as conductors,” says baritone and conductor Quintin Beer, who attended the program in 2019. “It reminds us of what it likes to sing in a choir. I hadn’t anticipated how much it would help, but it’s important to the success of the week.” Of the 24 people who typically participate in the program each summer, about half are conductors. Participants apply either as singers or as singer/conductors.

“The more conducting we do, the less singing we do and sometimes you forget the stresses of singing or playing in an ensemble,” Beer adds. “This reminds you of the challenges from a singing perspective and forms your empathy as director.”

The program enables participants to observe other people conducting from inside the choir as a participant rather than from the sidelines. “The better conductors were people who made me feel more comfortable singing. It wasn’t anything they said necessarily but a nonverbal approach,” Beer explains. “You can really only understand that if you’re singing. It informs your technique.”

The dual experience can also open up additional career options, says Beers, who in addition to conducting around Europe also has an active singer career in choirs. “Sometimes there is a lot of pressure to be a conductor or a singer,” says Beers who got his master’s degree at the Royal Academy in London. “In reality you need to do a bit of everything to be successful. You need to sing to show you can do that. This adds another string to your bow.”

In his post-Norfolk life, Beer is the choral director at the junior depart of the Royal Academy of Music and associate music director of Pegasus Chamber Choice. He’s also director of music at S. Cuthbert’s Church, Earl’s Court, artistic director of the University of London Chamber Choir, and musical director of Yateley Choral Society—to name just a few of his musical hats.

Exactly which work a fellow will conduct in the concert is decided just a couple days before the performance. Simon Carrington has each fellow conduct for a few minutes at a time, and then near the end of the week, he decides which work each fellow will conduct in the concert. Each conductor learns the entire concert's repertoire but only conducts one piece.

Interestingly, Beer conducted a Handel aria from the opera Teseo with soprano soloist Emily Donato. “While I have done opera before, I felt most comfortable with all the choral stuff in the program. It was so good of Simon to give me something out of my comfort zone. It was what I needed having done two years of choral conducting. I needed other experiences added to my portfolio.”

Those friendships and the bucolic setting help make Norfolk so special, Beer says. “The choral program is a golden combination of talented musicians, very skilled leadership and gorgeous surroundings, which enables the most inclusive and authentic form of music making,” he says. “It’s a luxury we don’t get as jobbing musicians. It’s a good way to remind you why you do what you do.”