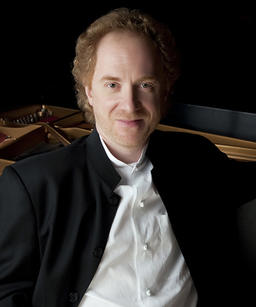 Professor in the Practice of Piano Yale School of Music
At YSM Since: 2019
Contact

Teaching for me is a constant learning process, source of continual inspiration, and an ongoing discovery of music, life, and people.

Teaching for me is a constant learning process, source of continual inspiration, and an ongoing discovery of music, life, and people.

Consistently acclaimed for his exquisite tonal beauty and superb artistry, Boris Slutsky has appeared on nearly every continent as a soloist and recitalist, collaborating with eminent conductors and major orchestras in the United States, Europe, Canada, Israel, Latin America, and Asia. He has won first prizes in the Kosciuszko Foundation Chopin Piano Competition, the San Antonio International Keyboard Competition, and the William Kapell International Piano Competition, where he also received the Audience Prize and and the William Backhaus Award. Also an avid chamber musician, Slutsky’s almost three decades of chamber music collaborations include the critically acclaimed recording of Schumann’s Sonatas for Violin and Piano with Ilya Kaler (Naxos), as well as performances with many other renowned artists.

At the Yale School of Music, Slutsky is Professor of Piano, teaching a studio of graduate-level pianists. He has been featured in performance on Yale’s Horowitz Piano Series. Before coming to Yale, Slutsky was a faculty member at the Peabody Institute of the Johns Hopkins University, visiting faculty at the Bienen School of Music at Northwestern University, and Visiting Professor of Piano at the Eastman School of Music. He has also served as a jury member of many international piano competitions and presented masterclasses throughout North America, Europe, and Asia. His students have won prizes at numerous prestigious international events.

Born in Moscow to a family of musicians, Slutsky received his early training at Moscow’s Gnessin School for Gifted Children as a student of Anna Kantor, and completed his formal studies at the Juilliard School and Manhattan School of Music, studying with Nadia Reisenberg, Nina Svetlanova, John Browning, and Joseph Seiger. In addition, he has worked for many years with his mentor Alexander Eydeleman. 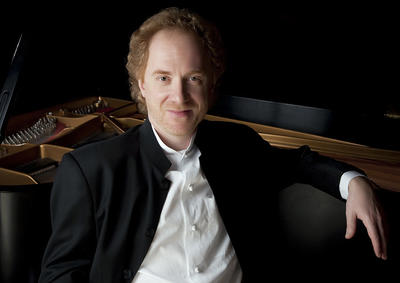