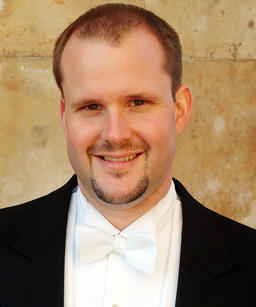 "The Evangelist was the number-one Bach Evangelist in the world today: James Taylor, a tenor from Houston. […] His singing is almost impossibly fresh, lovely—and accurate. It is also extraordinarily easy. Mr. Taylor goes for a high note like other people reach for a grape," Jay Nordlinger has said in The New York Sun. "And he has a thorough understanding of what he is doing. He can put some vinegar in his voice, when he needs to. And his diction is very, very clear. As I've noted in reviews past, Mr. Taylor is almost eerily perfect."

Devoting much of his career to oratorio and concert literature, tenor James Taylor has performed throughout the United States, South America, Japan, Israel, and in virtually all of the major concert halls of Europe.

At the Yale School of Music and the Yale Institute of Sacred Music, Professor Taylor teaches a studio of graduate-level vocalists in the early music, oratorio, and art song program. He is regularly featured in performance on the School’s Faculty Artist Series.

James Taylor can be heard on recordings of nearly all of the major repertoire, including Dvořák’s Stabat Mater, Bach’s Christmas and Easter oratorios, Magnificat, and St. John Passion, Beethoven’s Missa Solemnis, Mendelssohn’s Paulus, and Britten’s War Requiem. He has recorded for Sony, Hänssler Classic, Harmonia Mundi, Limestone Records, Naxos Records, and ArkivMusic, among other labels.

James Taylor attended Texas Christian University as a student of Arden Hopkin. He studied as a Fulbright Scholar at the Hochschule für Musik in Munich, graduating in 1993, with a Meisterklassendiplom, and was a member of the Young Ensemble at the Bavarian State Opera from 1992-1994. 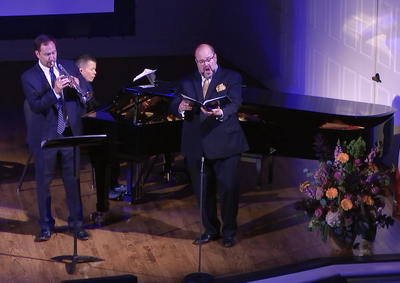