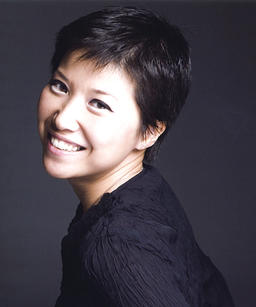 Born to diplomat parents, Dr. June Han lived in Belgium, Indonesia, Ivory Coast, the Netherlands, and France prior to her arrival in the United States in 1994. She has been hailed as a “true and tasteful harpist . . . [with] exceptionally varied phrasing and a surprising yet innate sense of timing” by the New York Concert Review. An active soloist, orchestral player, and chamber musician, Han has collaborated with orchestras and chamber ensembles throughout the United States and Europe including and has performed as a member of the Sequitur Ensemble, Ensemble 21, and the Manhattan Sinfonietta. An avid proponent of music by living and modern composers, Han has given the world-premiere performances of numerous works and recorded for various labels.

At the Yale School of Music, Han teaches a studio of graduate-level harp students and has been featured in performance on the Faculty Artist Series and the Yale in New York series and at the Yale Summer School of Music/Norfolk Chamber Music Festival. She also serves on the faculties of Columbia University, the Juilliard School’s Pre-College Division, and the Bowdoin International Music Festival.

Han holds a Premier Prix for harp and chamber music from Conservatoire National Supérieur de Musique de Paris, a master of music degree and artist diploma from the Yale School of Music, and a doctor of musical arts degree from the Juilliard School. 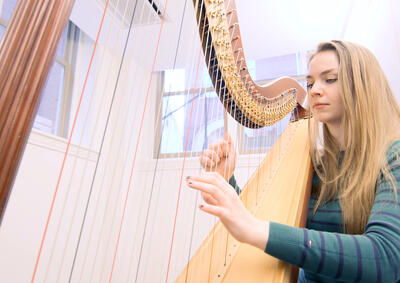