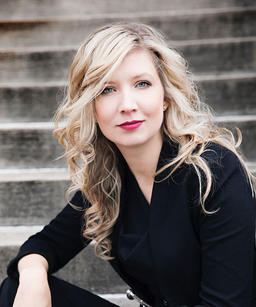 There’s something about Mary Elizabeth Bowden and her ability on the trumpet – a fluid sense of light and dark, of grace and power… —Richmond Magazine

There’s something about Mary Elizabeth Bowden and her ability on the trumpet – a fluid sense of light and dark, of grace and power… —Richmond Magazine

Classical trumpeter and Gold Medal Global Music Award Winner Mary Elizabeth Bowden has been described by Gramophone Magazine as “brilliant” and “radiant in new repertoire for trumpet.” Bowden, a Yamaha Performing Artist, is highly regarded for her artistry and virtuosity as a soloist, and has been praised for the clarity, purity and power of her sound. She has released two solo albums on Summit Records and been featured on NPR. In 2019-20, Bowden will premiere multiple concertos and perform throughout Europe, the United States, Mexico, and South Korea.

Bowden frequently performs in recital both in solo programs and as the Dash Duo with her husband, trumpeter David Dash. Bowden and Dash teach at the University of North Carolina School of the Arts, Dash as the Assistant Professor of Trumpet and Bowden as a Resident Artist.

Bowden is a founding member of both Seraph Brass and the Chrysalis Chamber Players, a recipient of a Yale Alumni Grant. She has served on the adjunct faculty of Virginia Commonwealth University and at the Curtis Institute of Music’s Young Artist Summer Program. Bowden is also the newly appointed Assistant Professor of Trumpet at Shenandoah Conservatory, beginning in fall 2019.

Bowden began full-time college studies at the age of 14, receiving an associate degree from the Joliet Junior College. Subsequently, she earned her Bachelor of Music degree from the Curtis Institute of Music, where she studied with the principal trumpeter of the Philadelphia Orchestra, David Bilger. She was awarded her Master of Music degree in 2006 from the Yale School of Music, where she studied with trumpeter Allan Dean.

Recordings
Rêverie (with the Kassia Ensemble) and Radiance (Summit Records)