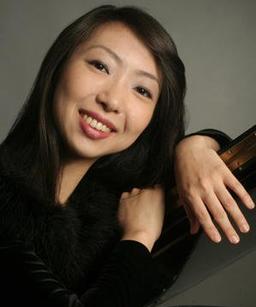 A native of Japan, Tomoko Nakayama holds a bachelor’s degree in harpsichord performance from the Juilliard School, where she worked with Lionel Party. In 2009, she completed a master's degree in music at Juilliard in collaborative piano under the supervision of Margo Garrett. Since then, Nakayama has had an active career as both keyboardist and assistant conductor for such organizations as the Tanglewood Music Center, International Vocal Art Institute in Israel, Opera on the Avalon, Wolf Trap Opera, New York Lyric Opera Theatre, and most recently the Washington National Opera, where she has been the Domingo-Cafritz Young Artist. She has command of a wide range of languages and repertorial styles, and has extensive experience as a coach. Nakayama is also a fortepianist and chamber musician. She has performed with the New York Philharmonic Ensemble and with members of Orpheus Chamber Orchestra.