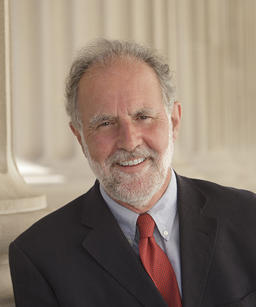 William Boughton was born into a musical family. His grandfather was a composer, his father a professional viola player, and his mother a vocalist. After studying cello at the New England Conservatory, Guildhall School of Music, and Prague Academy, he entered the profession in London, playing with the Royal Philharmonic Orchestra and London Sinfonietta and for the BBC.

Playing in orchestras led Boughton to discover his passion for conducting, which he pursued in studies with George Hurst and Sir Colin Davis. Boughton then formed the English Symphony Orchestra in 1980, which commissioned 21 new works and made 80 popular recordings. He was also Principal Conductor of the Jyvaskyla Sinfonia in Finland and has since conducted orchestras from San Francisco to St. Petersburg. In 2007, Boughton was named the 10th Music Director of the New Haven Symphony Orchestra, which he conducted until 2019. Under Boughton, the NHSO twice earned an ASCAP Award for Adventurous Programming.

At Yale, Boughton teaches graduate-level classes in score reading and conducting and is the Music Director of the undergraduate Yale Symphony Orchestra.