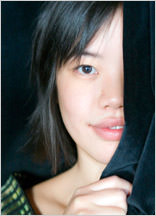 Two pianists from the Yale School of Music, alumna Andrea Lam '04AD and current Artist Diploma student Amy J. Yang, will be among the thirty competitors in the preliminary round of the upcoming Cliburn Competition.  Lam and Yang were selected from hundreds of recitals to compete in the prestigious event, which will take place in May. Named for the spectacular pianist Van Cliburn, winner of the First Tchaikovsky International Competition in Moscow (1958), the competition is one of the most prestigious of its kind worldwide. It was first held in 1962 and has been repeated every four years since then. A complete list of the thirty finalists for 2009 is available on the Cliburn Competition's website. After the Preliminary Round, twelve pianists will compete in the semifinal round; six will vie for top honors in the final round.

Australian pianist Andrea Lam began her musical training at age five, and at thirteen won the Australian Broadcasting Corporation’s Quest Competition Viewer Choice Award, which led to debuts with the Melbourne and Sydney Symphony Orchestras. Since then she has played with all of Australia’s major orchestras, and has also performed in Hong Kong, Japan, and the United States, collaborating with such conductors as Michael Christie, Edo de Waart, Alan Gilbert, and Christopher Hogwood. A graduate of Yale University and the Manhattan School of Music, she will record two Mozart concertos with the Tasmanian Symphony Orchestra in July 2009.  More information is available at her website: http://www.andrealam.com 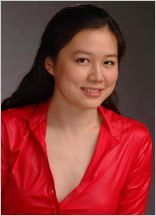 Amy Jiaqi Yang immigrated to the United States with her family in 1995, settling in Houston. First-prize winner of the Corpus Christi Young Artist’s Competition and the Kosciuszko Foundation’s National Chopin Competition, she has performed throughout the United States and in China, Poland, Switzerland, and Turkey. Ms. Yang is an avid chamber musician and has recently participated in the Marlboro Festival, toured with Musicians from Ravinia, and performed with ensemble for former first lady Laura Bush at the White House. She holds a bachelor’s degree from the Curtis Institute of Music, a master’s degree from Juilliard, and is currently enrolled at Yale, where she also studies sculpture and classical guitar.  Audio clips are available at Ms. Yang's MySpace Music site.