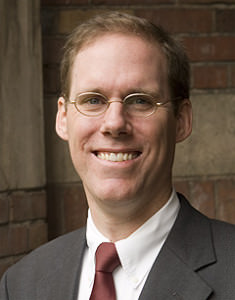 John Mangan, a graduate of the Yale School of Music and a lecturer in the Department of History, has been appointed as the next Vice President and Dean of the Curtis Institute of Music. Dr. Mangan will oversee the academic, musical studies, and performance curricula, as well as all areas relating to students and faculty. He succeeds Robert Fitzpatrick, who retires in May after a twenty-nine-year tenure at Curtis.

According to Roberto Díaz, president and chief executive officer of Curtis, Dr. Mangan brings to Curtis broad experience in academic administration, teaching, and music performance. For the last seven years, he has held administrative and teaching posts at Yale University, most recently as assistant dean of the Graduate School of Arts and Sciences and lecturer in the Department of History. From 2002 to 2006 he worked in undergraduate academic and student affairs at Yale as dean of Jonathan Edwards College, long regarded as Yale's music and arts residential college. Dr. Mangan holds a Ph.D. in History and Education from Columbia University. A classical guitarist with extensive performing experience, he earned a Master of Music degree from the Yale School of Music and a Bachelor of Music degree from the University of North Carolina School of the Arts.

Said Mr. Díaz, "Mangan's multifaceted experience at Yale, with its highly gifted student body, makes him a natural choice to work with our superb young musicians at Curtis. With his background as a musician, he is very familiar with the training of young artists. As an administrator, he has led major projects that suit him well for Curtis's own emerging initiatives. At the same time, he understands our school's long and rich history and the foundation it provides for our future."

In addition to his major administrative and teaching positions at Yale, Dr. Mangan also worked in student affairs at Middlebury College as dean of Ross Commons and held posts in Yale's Undergraduate Career Services and International Education offices and in its Music Library. He taught classical guitar at the Hartt School, community division, and at New Haven's Neighborhood Music School. As music critic for the daily New Haven Register for several years, he penned both classical music and theatre reviews; and he served as music librarian and program annotator for the Norfolk Chamber Music Festival.