The School of Music held its annual dinner on May 3, paying tribute to distinguished alumni and honoring outstanding students. 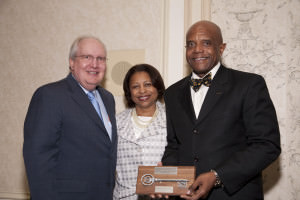 2009 Student Prizes
Awarded at the Yale School of Music Honors Dinner
May 3, 2009

The Woods Chandler Memorial Prize, for the best compositions in a larger form written during the year.
» Bryan Benjamin Senti & Andrew Jeffrey Norman

The Phyllis Curtin Career Entry Prize, to assist in launching the career for a graduating student who demonstrates exceptional promise and talent as an artist.
» Adelaide Beth Muir & Emily Grace Righter 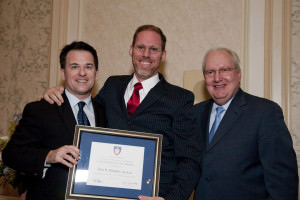 The Eliot Fisk Prize, to an outstanding guitarist whose artistic achievement and dedication have contributed greatly to the department.
» Christopher Boyd Mallett

The Michael Friedmann Prize, to the student deemed to have the thesis in the Master of Musical Arts program that is most distinguished by originality, substance, and craft.
» Fernando Buide Del Real

Georgina Lucy Grosvenor Memorial Prize, to the violist in the graduating class whose performances while at Yale have exhibited the highest potential for success as a soloist or chamber musician.
» Bo Li

The John Day Jackson Prize, for an outstanding chamber music composition written for strings, with or without other instruments.
» Timothy Hall Andres

The Charles S. Miller Prize, to a gifted pianist who has done outstanding work during the first year of study.
» Robert James Thompson

The Philip F. Nelson Prize, for a student whose musicianship is outstanding and who demonstrates curiosity, talent, and entrepreneurial spirit in the many dimensions of the music profession.
» Edward Hearne

The Thomas Daniel Nyfenger Prize, to a student who has demonstrated the highest standard of excellence in woodwind playing.
» Paul Won Jin Cho

The Presser Foundation Music Award, for an outstanding student, to advance his or her music education.
» Lindsay Jane Garritson 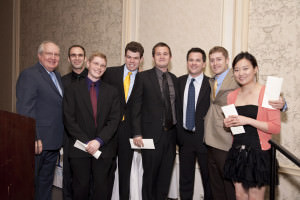 The Yale School of Music Alumni Association Prize, for students who have not only excelled in their respective fields, but have also made an important contribution to the general life of the School.
» Samuel Austin Blair, Michael Patrick Compitello, Patrick O’connell, Nicholas William Dieugenio, Jiyun Han, & Wei-Jen Yuan