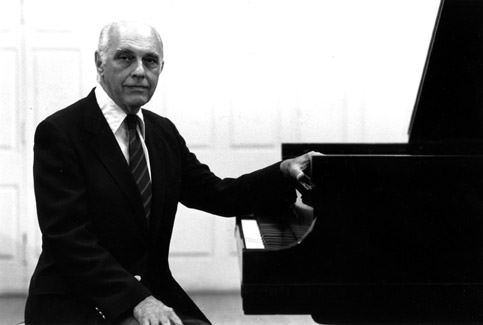 Donald Currier, Professor Emeritus of Pianoforte at the Yale School of Music, died at Yale-New Haven Hospital on January 7th, 2010, after a brief illness.  In his thirty-eight years on the Yale faculty, he was highly regarded as a teacher and consummate performer. According to Dean Robert Blocker of the Yale School of Music, “Don Currier's passion for the piano was evident in his playing and teaching. He was a complete musician, one who understood and valued the inextricable relationship of performance and scholarship, emotion and intellect. His contributions to the School and to music will continually be reflected in the lives of those who were fortunate enough to study with him.”

Born in Milton, Mass., Donald Currier began piano lessons at the age of seven. He studied piano and theory while in high school at the New England Conservatory, and later earned an undergraduate degree from that institution. After serving in the U.S. Army during World War II, he attended the Yale School of Music, then taught for several years at Connecticut College before returning to Yale to join the faculty in 1951. He gave recitals in New York and throughout New England in addition to numerous performances at Yale and the Norfolk Summer School of Music as recitalist, chamber musician, and soloist with orchestra. He also served as a Resident Fellow at Branford College and as Associate Dean of the School of Music.

An influential teacher, he was profiled in a 1998 New York Times article by Anthony Tommasini, who said, “Professor Currier is a pianist of exceptional refinement and musical understanding. He is respected among musicians and revered by the students he taught during a 38-year career at Yale. I was one of them.” Reflecting on his long teaching career, Currier said, “My students have been my life, my family. Whenever I reflect on the number of my students who are presently enjoying very distinguished careers, I can only feel grateful that my affiliation with Yale rewarded me with so many meaningful associations.”

Upon his retirement in 1989, the School of Music honored him by producing his recordings of solo piano music of Chopin, Debussy, Mozart, Schumann, and Schoenberg in Sprague Hall. The compact disc was sent to all students who had studied piano with him, as well as his Yale colleagues, one of whom wrote, “Years of thought, experience, and love have produced this elegant, articulate warm playing, and no respectable nuance was left untouched.  I only hope this brand of artistry will not vanish; at least this recording will help to remind us of what is possible.”

In August 1989 Currier was named a Steinway artist and in 1989-90, he was Visiting Professor of Piano at the Peabody Conservatory of Music in Baltimore.  In retirement he continued for several years to perform in venues locally and across the United States and in Canada. Later he gave short recitals in his home, conducted master classes, and taught privately. In 1998 he and his wife made a CD of piano music and poetry titled “Not to Look Back,” and in 2005 he published his book, Why the Piano: Conjectural writing about the piano and the people who devote their lives to it. It is part close examination of music important to his life, and part memoir of his career as a pianist.