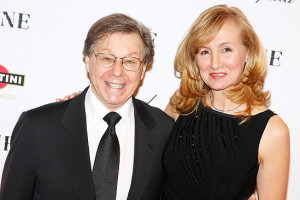 Marco Beltrami ’91MM and Buck Sanders were nominated for Best Score for The Hurt Locker; he was previously nominated for the score to 3:10 to Yuma. He has written scores for many other films, particularly horror and action including the Scream movies; I, Robot; Blade II; Hellboy; and The Three Burials of Melquiades Estrada.

Maury Yeston '67BA; '74PhD was nominated for Best Song, for "Take it All" from Nine. Yeston is a graduate of Yale College, earned his PhD from the Yale Department of Music, and taught in the Department for several years. He wrote the music and lyrics to the Broadway musical Nine in 1982, and worked with director Rob Marshall to adapt the show for film. Read a Q&A with Yeston about this process here.