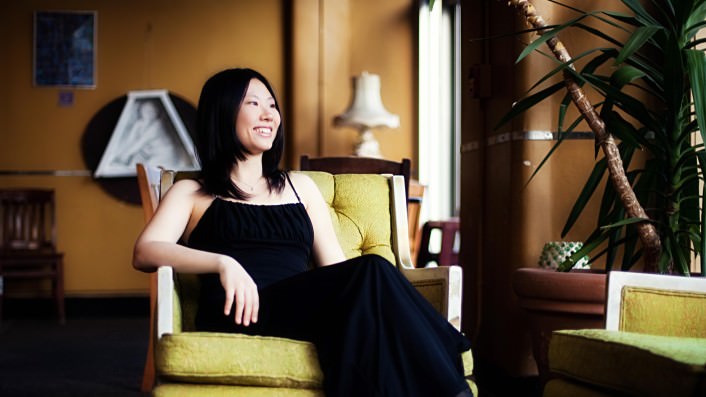 Pianist Clara Yang ’06MM, ’07AD has joined the faculty as an assistant professor in the music department at the University of North Carolina at Chapel Hill.

Praised by Peninsula Reviews for her "superb technique and extraordinary musical understanding," Clara Yang has performed in venues such as the Weill Hall at Carnegie Hall, Remonstrantse Kerk in the Netherlands, the Seymour Centre in Sydney, the Irvine Barclay Theater, the Kodak Hall at the Eastman Theater, and the Sunset Center in Carmel, among many others. A live performance was heard on ABC Classic FM in Australia and New Zealand.

Highlights of recent concerto performances include the Pacific Symphony Orchestra, the Eastman Philharmonia, the California Youth Symphony, the St. Andrew Chamber Orchestra, and the Saratoga Symphony Orchestra. She has performed in renowned music festivals such as the Music Academy of the West, the Sarasota Music Festival, the International Holland Music Sessions, and the Aspen Music Festival. Her recording on the Ullanta Artists label is featured on Lowell Liebermann's official website.  An avid chamber musician, Dr. Yang has collaborated with members of the Los Angeles Philharmonic, the San Diego Symphony, and the Hong Kong Philharmonic.

A student of Nelita True, Claude Frank, and John Perry, Clara Yang received degrees from the Eastman School of Music (double degree: DMA Piano and MA Music Theory Pedagogy), Yale School of Music (MM, artist diploma), and University of Southern California (BM, magna cum laude). Yang has been successful in numerous competitions: She was the winner of the Eastman Rachmaninoff Concerto Competition in 2010 and a top-prize winner in the Pacific Symphony Orchestra Artist Competition. Her other awards include 1st places in the American Protege International Competition, the Music Teachers Association of California solo and concerto competitions (Grand Prize and First Prize), the San Jose Beethoven Competition, the San Francisco Chopin Competition, among many others.  She was a finalist in the Stravinsky International Piano Competition, and she was chosen from worldwide live auditions to compete in the 2009 Minnesota International Piano-e-Competition. She was one of the three Americans chosen to compete in the prestigious 2004 Sydney International Piano Competition.

A sought-after teacher, Dr. Yang has frequently given lectures and masterclasses in the United States. She was on the faculty of Blue Lake Fine Arts Camp in Michigan and the Eastman Community School.  Her students have been state and national prizewinners.