New Haven All-City Band makes its debut on May, plus other events 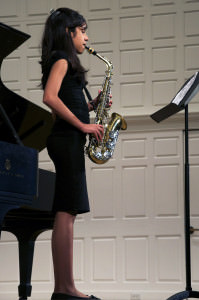 The Music in Schools Initiative, a project bringing together the Yale School of Music and the New Haven Public Schools (NHPS) continues to thrive in New Haven. Upcoming events include the first-ever performance by the new Yale/NHPS All-City Band, a performance by the Yale/NHPS Honors Chorus, and the Fourth Annual Yale/New Haven Young Artists Solo Competitions.

The Yale/NHPS All-City Band will make its debut performance on Tuesday, May 10, at 7 pm in Morse Recital Hall in Sprague Hall (470 College St., New Haven). The band will perform four pieces by Thomas C. Duffy, plus arrangments of music by Ralph Vaughan Williams and Nikolai Rimsky-Korsakov, among others. The ensemble comprises 35 students selected from eight New Haven schools. Duffy, the director of bands at Yale, is the music director. Students from the Yale School of Music teach and perform with the ensemble.

Now in its second year, the Yale/NHPS Honors Chorus will present its annual performance on Tuesday, May 17 at 7 pm, also in Morse Recital Hall. The auditioned chorus is comprised of 31 students in grades 6 through 9 from twelve New Haven Public Schools. The Honors Chorus, directed by Jonathan Berryman (the choral director at Betsy Ross Arts Magnet School), is a collaborative effort between the Yale Glee Club, the Yale School of Music, Music in Schools Initiative, and the New Haven Public Schools.

This year, the Yale/New Haven Young Artists Solo Competition will expand into three divisions, organized by grade level. The competition for Grades 4–6 will take place on May 24; the event for Grades 7 and 8 will be on May 25; and students in grades 9–12 will compete on May 26. All three divisions take place in Morse Recital Hall and begin at 5 pm. Three prizes – $200, $150, and $100 – will be awarded each day.

All these events are free and open to the public. For more information, visit http://musicians.yale.edu/musicinschools or call the Yale School of Music concert office at 203 432-4158.

About the Music in Schools Initiative

The Yale College Class of 1957 gave its 50th reunion class gift to the Yale School of Music to improve the quality of public education in America. These visionary alumni understand the value of music and arts education in developing creativity, discipline, and focus in young students from all backgrounds. The endowment identifies three responsibilities for the School of Music: (1) To provide programs in New Haven public schools that complement the work of full-time music teachers; (2) To host a biennial symposium for public school teachers from throughout the United States; (3) To host visiting professors to work in music education and train both School of Music students and New Haven public school teachers.

The School has followed these principles through major programs at three schools in New Haven, plus a variety of activities in 25 additional schools throughout the New Haven school district. The number of schools will surpass 30 by the end of the spring semester, with over 500 New Haven students participating. The School of Music also offers its programs to other districts in Connecticut. Currently, these programs reach approximately 1,000 students outside of New Haven.