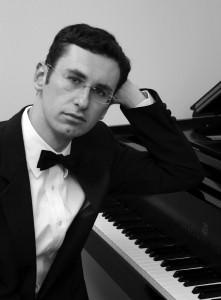 Pianist Ilya Poletaev ’10DMA has been appointed as Assistant Professor of Piano at the Schulich School of Music at McGill University in Montreal, Canada. Poletaev captured first prize at the prestigious XVII International Johann Sebastian Bach Competition in Leipzig and, as the winner, will appear in recital at the Leipzig Gewandhaus. As a solo pianist, he has appeared with the Toronto and Hartford symphony orchestras as well as with Romania's Filarmonica Mihail Jora di Bacau and Italy's Orchestra J-Futura. He was the first prize winner of the XX Concorso Sala Gallo Piano Competition in Monza, Italy, where he also received the Audience Prize, the Bach Prize, and the Orchestra Prize. Mr. Poletaev holds a bachelor's degree from the University of Toronto and earned his doctorate and master's degree from Yale, where he also served on the faculty as a lecturer in early music. Mr. Poletaev's recording of the complete works of George Enescu for violin and piano, with violinist Axel Strauss, will soon be released on the Naxos label.

The Jacobs School of Music at Indiana University announced recently that organist Bruce Neswick ’80MM has been appointed to the faculty following a national search. Neswick will be an associate professor of music (organ), beginning this fall. 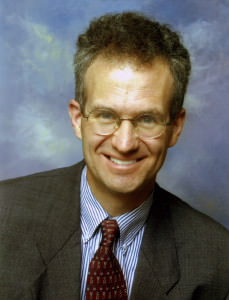 Neswick is presently director of music at the Cathedral of St. John the Divine in New York City, having previously served as the canon for music at the Cathedral of St. Philip, Atlanta.
His previous appointments include assistant organist-choirmaster for the Girl Choristers at Washington National Cathedral, director of music at St. Albans School for Boys and the National Cathedral School for Girls, and organist and choirmaster at Christ Church Cathedral in Lexington, Ky.; Holy Trinity Anglican Church in Geneva, Switzerland; and St. Paul's Cathedral in Buffalo, N.Y.

Active in the field of church music, Neswick holds the Fellowship degree from the Royal School of Church Music. He has been commissioned to compose for several performers and churches throughout the United States, and his organ and choral music is published by Paraclete, Augsburg-Fortress, Selah, Vivace, Hope, Plymouth, and St. James' presses. His skill at improvisation garnered him three first prizes from the 1989 San Anselmo Organ Festival, the 1990 American Guild of Organists' national convention in Boston and the 1992 Rochette Concours at the Conservatoire de Musique in Geneva, Switzerland. He is graduate of Pacific Lutheran University and of the Yale School of Music and Institute of Sacred Music. A Fellow of the American Guild of Organists, Neswick has served the guild in many capacities, including chapter dean, regional convention chair, regional education coordinator, member of the national nominating committee, and member of the national improvisation competition committee. As a recitalist, Neswick has performed extensively throughout North America and has been a featured performer at national and regional conventions of the American Guild of Organists.