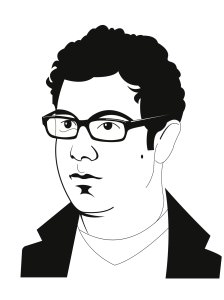 Red Light New Music recently announced the world-premiere, fully staged production of Invisible Cities, an opera by Yale School of Music graduate Christopher Cerrone ’10MMA. These performances, on May 13 and 14, 2011, are the first staged operatic adaptation of Italo Calvino's novel. Invisible Cities is produced in collaboration with the Italian Academy at Columbia University.

Christopher Cerrone , a graduate of the Manhattan School of Music and the Yale School of Music, is the winner of a 2011 Charles Ives Scholarship from the American Academy of Arts and Letters, the 2010 Boston Metro Opera Concert Award, and 2011 and 2010 Morton Gould Young Composer Awards, among other notable prizes. Cerrone was strongly drawn to Calvino’s novel by its exploration of the ideas of self, time, environment and longing, through the richly imagined relationship of Kublai Khan and Marco Polo: “Calvino’s Invisible Cities first appealed to me because of its visceral language and its unique structure, half novel, half short story collection. I was deeply inspired by the idea of creating a work inspired by these vivid and varied snapshots of cities, life and longing.”

The Italian Academy for Advanced Studies is dedicated to advanced research in areas relating to Italian culture, science and society, as well as to enhancing cultural relations between the Republic of Italy and the artistic, political, and academic communities of New York City and the United States. Invisible Cities is the second collaborative production between Red Light New Music and the Italian Academy; in 2007 they co-produced a concert of works by Italian and Italian-American
composers.

View a video preview of the opera HERE.