The first and second prizes in the 2011 Toronto Symphony Orchestra National Piano Competition went to two incoming students at the Yale School of Music. 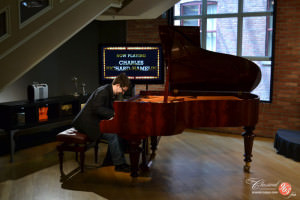 Charles Richard-Hamelin '13MM won first prize, which includes the opportunity to perform a concerto with the Toronto Symphony Orchestra in Roy Thomson Hall. He  will play Rachmaninoff's Second Piano Concerto with the orchestra in the 2012–13 season.

Richard-Hamelin, 21, is from Montreal. On May 30, as another part of his prize, he took part in a live interview and performance on Classical 96.3 FM.

Second prize was awarded to  Scott MacIsaac '14CERT, who also won the award for Best Performance of a Romantic Work. MacIsaac, 18, is from Calgary. As part of this prize, he will perform a recital in the Free Concert Series in the Richard Bradshaw Amphitheatre at the Four Seasons Centre for the Performing Arts.

The Toronto Symphony Orchestra's biennial National Piano Competition attracts Canada's finest pianists between the ages of 16 and 25. The competition was created 29 years ago by the Toronto Symphony Volunteer Committee to encourage and foster the talent of young Canadian pianists.