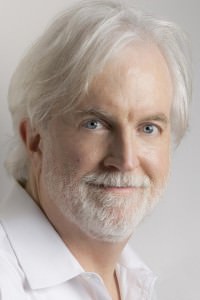 Composer and YSM alum Robert Livingston Aldridge ’00DMA has been named the director of the music department of the Mason Gross School of the Arts at Rutgers University.

Aldridge recently won a Grammy Award for Best Contemporary Classical Composition for the opera Elmer Gantry, based on the novel by Sinclair Lewis with a libretto by Herschel Garfein. Both Aldridge and Garfein are currently professors at Montclair State University.

“We are delighted with the appointment of Robert Livingston Aldridge as Director of the Music Department,” says George B. Stauffer, Dean of the Mason Gross School. “We are fortunate to have this elegant artist and leader join the Mason Gross team.”

Aldridge has written more than 80 works for orchestra, opera, musical theater, voice, dance, string quartet, solo and chamber ensembles, including the critically praised opera Elmer Gantry. Other important words include Leda and the Swan (2003) and the Clarinet Concerto (commissioned by the Orpheus Chamber Orchestra and the Los Angeles Chamber Orchestra, premiered by David Singer in 2005 and recorded for Naxos in 2010).

His music has been performed at Lincoln Center and has recently been conducted by Keith Lockhart and performed by Gidon Kremer and Martha Argerich. He was a founder of the Boston-based international consortium called Composers in Red Sneakers.

Click here to read the original announcement from Rutgers.