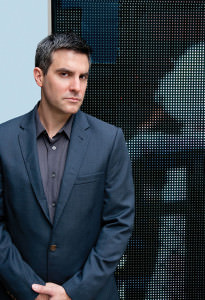 Yale School of Music graduate Kevin Puts ’96MM is the winner of the 2012 Pulitzer Prize in Music for his opera Silent Night, it was announced today.

The Pulitzer Prize in Music is awarded to a “distinguished musical composition by an American that has had its first performance or recording in the United States during the year.” This year’s citation read:

Awarded to Kevin Puts for Silent Night: Opera in Two Acts, commissioned and premiered by the Minnesota Opera in Minneapolis on November 12, 2011, a stirring opera that recounts the true story of a spontaneous cease-fire among Scottish, French and Germans during World War I, displaying versatility of style and cutting straight to the heart.

The opera’s libretto is by Mark Campbell and is based on the 2005 film Joyeux Noël, directed by Christian Carion and produced by Nord-Ouest Production.

The Star Tribune called the opera “grimly beautiful” and asserted, “The piece is a significant addition to the repertoire and heralds the emergence of composer Kevin Puts as a force in American opera.”

Opera News hailed Puts as “a master polystylist… He writes impressively complex polyphony when it’s called for, but is more affecting when his music turns spare and reflective. His timing is unerring. With this remarkable debut, Puts assumes a central place in the American opera firmament. Much will be expected from him.”

Silent Night is Puts’ first opera. The work is about the unofficial “Christmas truce” that took place at the end of 1914, during World War I. As the Star Tribune described it, “members of the opposing armies entrenched along the Western Front suspended hostilities to share food and drink, play soccer, bury their dead and celebrate the birth of the savior in whose name they'd been machine-gunning each other a short time earlier.” The opera is sung in English, German, French, Italian, and Latin. It is published by Aperto Press.

Another Yale School of Music graduate, Andrew Norman ’09AD, was among this year’s finalists for the Pulitzer Prize in Music. Norman was nominated for The Companion Guide to Rome, cited as “an impressive musical portrait of nine historic churches, written for a string trio but sometimes giving the illusion of being played by a much larger group, changing mood and mode on a dime.” The piece premiered on November 13, 2011, in Salt Lake City and is published by Schott Music.