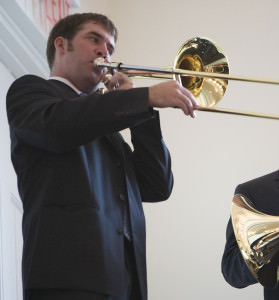 Robins is currently finishing his second season as principal trombone of the Erie Philharmonic. He holds degrees from Stetson University and the Yale School of Music, where he studied with David Schmidt and Scott Hartman, respectively.

In September, he will begin his new appointment with the Alabama Symphony as second trombone.